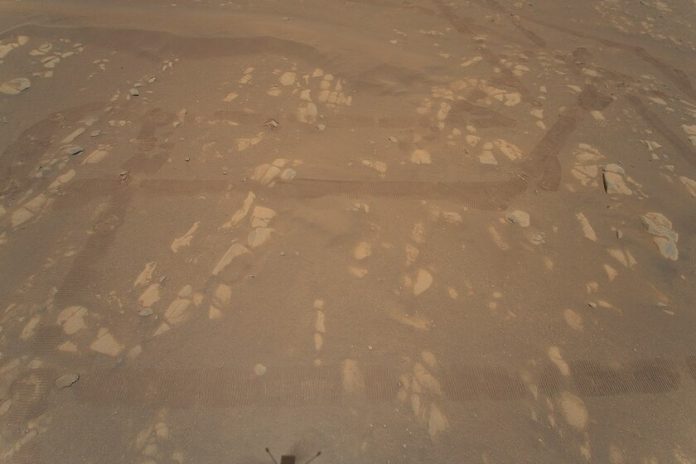 The helicopter Ingenuity does not stop flying, and on its third flight, held yesterday, has broken its particular speed record: it has traveled at a speed of 2 m / s (7.2 km / h) for about 50 meters and at a height of 5 meters.

Thus, the small helicopter flies more and more safely and little by little it is gaining confidence, but also during the second flight last week it gave us another surprise: the first aerial color photo, which shows the grooves left by the Perseverance rover on the red planet.

This time the flight lasted 80 seconds and allowed Ingenuity to once again wow NASA’s JPL engineers. According to those responsible, “with this flight we are demonstrating critical capabilities that will allow the inclusion of an aerial dimension to future missions on Mars“.

Perseverance was also a privileged witness to that flight, and with the camera on its mast He was able to capture on video Ingenuity taking off from one side to the other, briefly disappearing from his field of vision.

READ:  WhatsApp is already testing the option that will allow you to automatically delete messages that you send or receive within 24 hours

That aerial photo taken by Ingenuity adds to the black-and-white images the helicopter takes as it flies. It does so with the camera located at the bottom, and with it the Martian surface is monitored During flight.

It is also the first time that Ingenuity flies with its algorithms during that long distance, something that can’t be done in the small vacuum chambers that were used to test its operation on Earth. 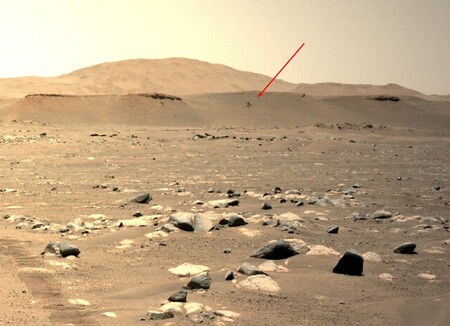 The Perseverance rover captured this image of the Ingenuity helicopter during its third flight.

There they try to simulate the Martian atmosphere, but these flights manage to demonstrate the small helicopter capacity that, remember, owes part of its success to Open Source and Free Software.