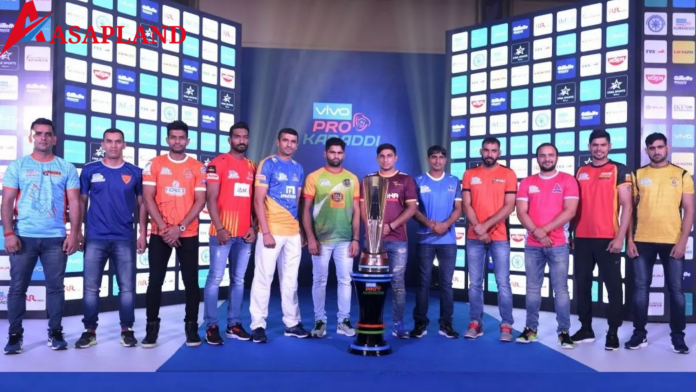 In the first Eliminator, Puneri Paltan was defeated by UP Yoddha. With the support of Pardeep Narwal and Surender Gill, UP Yoddha successfully attacked their way into the semi-finals, where they will meet Patna Pirates on Wednesday. The stage was set off for a thrilling PKL season 8 playoffs and finals. This historic season, which was held in an innovative single-venue format, has raised the bar for competitive quality in the sport as well as engagement with the millions of kabaddi fans who tune in to watch VIVO Pro Kabaddi every day.

The organisers of the Pro Kabaddi League, Mashal Sports, have secured the league’s continuity and completion by scheduling matches on a daily basis without interruption. This took place within the walls of a biosecure bubble in Bengaluru, which housed approximately 900 people, including players, coaches, teams, and league personnel.

From the beginning, the league’s principal focus was the health and safety of all parties. The League has worked collaboratively with the 12 franchises to assure top-class arrangements on the floor and inside the bio-bubble, which was produced in strict accordance with official rules.

Drawn games are prevalent in low-marking games like football and hockey. However, it is not so usual in high-scoring sports like kabaddi, where double-digit scores are the norm. There were 16 ties in the PKL’s first season as a 12-team league in 2017. The number of tied games decreased with each succeeding season, from 14 in the sixth to 13 in the seventh in 2019-20.

In the current season, however, a record 19 matches finished in a tie, with clubs receiving 3 points instead of 5 for a win. Tamil Thalaivas (6) and U Mumba (5) finished second and third from the bottom, respectively, with the most ties out of the 12 teams.

Abhishek Singh, the star raider for U Mumba in the PKL season 8, is ultimately reunited with his family in Bulandshahar, Uttar Pradesh, after three months in a bio bubble. However, it is possible that it wouldn’t follow the similar manner he preferred.

Singh had a solid individual season, finishing as the fourth most successful raider in the league. However, his squad ended tenth in the 12-team league and missed out on the playoffs for the top six teams. “We came in 10th place, but it was a lot closer. We could have won a lot of games if we had tried harder,” Singh explains.