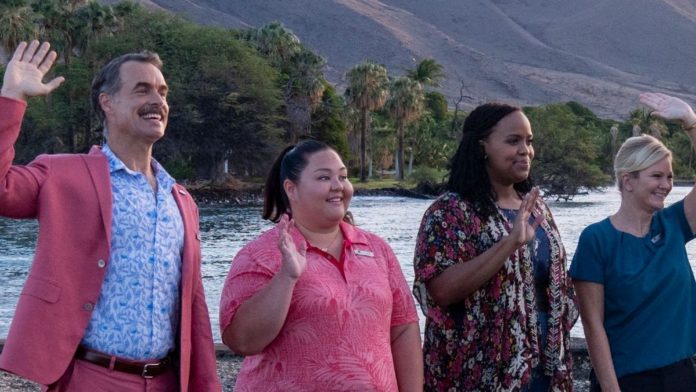 After the mixed reviews and critical acclaim on the first season, The White Lotus is actually set to come back for a second season. That too from Sicily, Italy. The cast of the show is supposedly the familiar cast. However, there are additional characters joining The White Lotus this time. As series regulars, F. Murray Abraham, Adam DiMarco, Tom Hollander, and Haley Lu Richardson have joined the cast of HBO’s second season. Along with Jennifer Coolidge making her return on the show, we have Aubrey Plaza and Michael Imperioli joining the cast as well.

One of the famous writers of shows like Pitch Perfect 3,Mike White has put in a lot of effort on creating the plot of The White Lotus. The show revolves around entitled guests and exhausted staff at a luxurious hotel in Hawaii. Jennifer Coolidge from Legally Blonde, Sydney Sweeney from Euphoria, Murray Bartlett, Connie Britton, and Alexandra Daddario were among the excellent cast members of Season 1.

READ:  Black Clover: Where to start the manga after ending the anime?

The production seems to be underway, and the cast has a luxurious resort to themselves. Italy must have suited the theme a lot more than the previous locations. Not that we mind it. Well, good for the team to have the White Lotus resort for the filming. We could only imagine how amazing the visuals will turn out.

Maybe luxury and sophistication is the proper term to use for this entire propaganda. The character description also leads us to anticipate that the second season will continue to examine problems regarding the problematic life revolving around boss women.

READ:  What Color Was The Gatorade In Super Bowl 2021?

The White Lotus was a sleeper television smash in the summer of 2021, because of its blend of biting dialogue and stunning beaches. It’s little surprise, then, that HBO has renewed Mike White’s hotel-set series, which starred Connie Britton, Sydney Sweeney, Steve Zahn, and Jennifer Coolidge. Despite its escapist setting, the show seemed relevant and urgent due to its unique blend of dramatic psychodrama and incisive criticism on class differences.

Unfortunately, we have no clue about the release dates. HBO was definitely sure about giving away too much, including any information about the release. However, We are expecting a trailer before 2022 ends.

The White Lotus will probably continue the dark drama that the previous seasons revolved around. Needless to say, any spoilers from the team can end up spilling the majority of the plot. Guessing that the fans are pretty clever about these things; we will probably get to know more from further updates. Hence, stick around for significant spoilers.