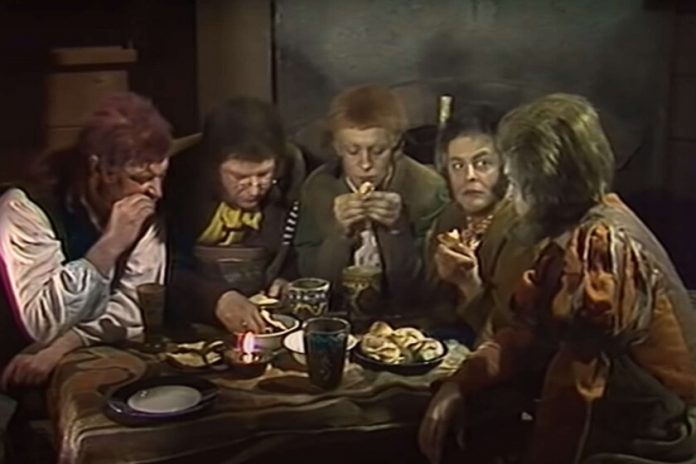 Fans of the “rare” and forgotten versions of various franchises that we love and love, we are in luck because Russian television 5TV has recovered a long-lost work: the TV movie ‘ранители‘(literally’ Guardians’) which he adapts for the late-Soviet market ‘The Fellowship of the Ring’, the first part of ‘The Lord of the Rings’ by JRR Tolkien.

An adaptation that was believed to be lost since its broadcast on Leningrad television (present-day Saint Petersburg) back in 1991, dirigida por Natalya Serebryakova, and that it has everything we could expect from a low-budget television production: from the horrendous effects, rudimentary costumes to a staging … could be improved at the very least.

Despite that, the two hours (divided into two parts) seem to preserve more elements than Peter Jackson movies, including the appearance of Tom Bombadil. Valery Dyachenko, commissioned to embody Frodo in this Russian version, remembers those days with some enthusiasm despite not having technological or monetary resources:

READ:  What Is CooChie Snot?

For example, these horsemen. There were only four horses, and they had to appear twice in the frame to make eight of them. We work with enthusiasm », Frodo himself recognizes Russian television.

Guardians of the ring

After its original broadcast, adaptation was given up until now. It was not the first Russian adaptation of Tolkien’s world made by Leningrad Television, since in 1985 ‘The Fantastic Voyage of Mister Bilbi Baggins, the Hobbit’, starring ballet dancers, could be seen in another low-budget production.