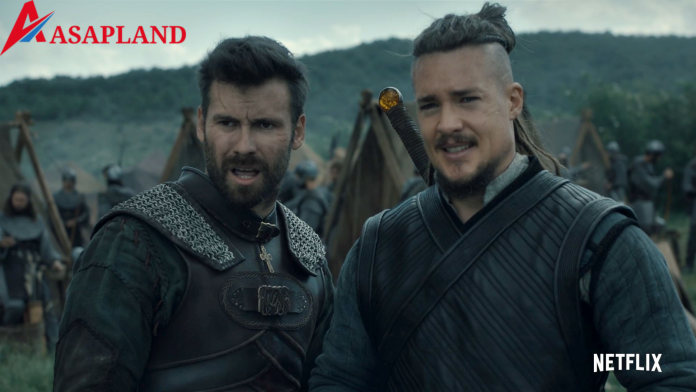 The Last Kingdom Season 5 Is Premiering Sooner Than We Think

The official trailer for Netflix’s British historical fiction series The Last Kingdom’s fifth and final season has just been released.

The fifth season of the famous series, Game of Thrones, will premiere on Netflix on March 9 and chronicles the narrative of Uhtred, who was raised by Vikings and discovered he was born an Anglo-Saxon.

The fifth season of The Last Kingdom begins with a sense of suspicion, as though a battle is about to break out. The Saxons want to depart north, but new Vikings are threatening their survival. As things begin to worsen, King Uhtred is summoned.

The tension rises when a female Viking with white tattoos on her face demands that Uhtred be brought to her. The fifth season of The Last Kingdom will premiere on Wednesday, March 9th.

The final season of the show will take another time jump, with the teaser suggesting that the Saxons and Danes had lived in peace for “many years.”

The reappearance of Brida (Emily Cox), who now commands a large army of warriors and vows vengeance on Uhtred for what she perceives to be his abandonment, is about to upset this tranquillity.

The Last Kingdom, the first book in the series, was published in 2004, while War Lord, the final installment, was released in October 2020. Stephen Butchard, who also wrote the British crime thriller series Baghdad Central, is working on a television adaptation of The Last Kingdom.

The Last Kingdom’s first two seasons aired on BBC America in the United States before being released on Netflix later.

Filming was supposed to start in 2020, according to The Last Kingdom star Alexander Dreymon. Due to COVID-19, the actors and crew will be limited in their work.

According to multiple production rumors, filming at Korda Studios in Hungary will begin in November 2020.

With that said, we didn’t have any form of official indication the show was under filming until April 2021, a short film on The Last Kingdom’s YouTube page went through the process.

As for now, we are confirmed that The Last Kingdom will air ten epic episodes with a premiere date on 9th March. It is a relief that after such a long wait, fans are finally heading towards some plot development.

As much as we want to give spoilers, we also want you to enjoy the series. So, are you excited for the fifth season to premiere on Netflix? And, what are your thoughts on The Last Kingdom’s previous season?