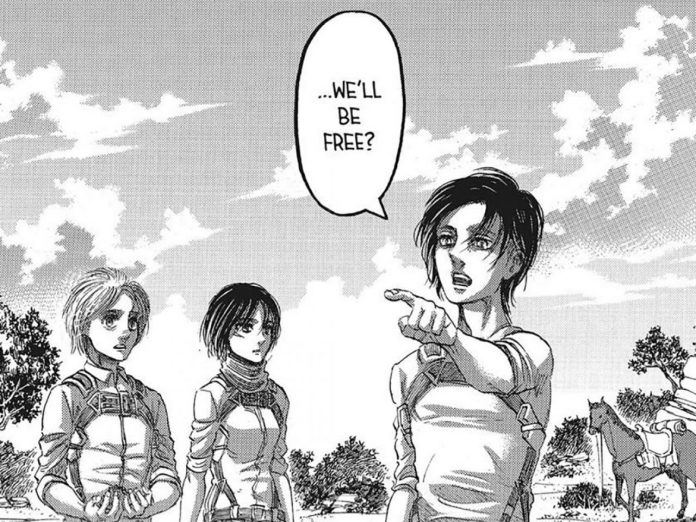 With the aim of The attack of the Giants A cycle has closed for Bessatsu Shonen Magazine as well as for manga culture itself. In any case, the work will definitively close with the release of volume 34 next June 9 in Japan. For the occasion, the last volume will contain a couple of unreleased scenes.

We have already had the opportunity to take a look at the cover of volume 34 of The Attack of the Giants, previewed by the editor Kawakubo on the occasion of a recent interview. As we told you yesterday there will be additional scenes within the tankobon in question, however, neither the author and at least the editor are unbalanced in this regard. However, it seems that these scenes will in no way change the ending.

Kawakubo, in fact, in response to a question about these alleged unreleased scenes, in particular whether or not they would have changed the ending, replied as follows: “I was satisfied with the finish. I’m convinced it suited the kind of story that Attack of the Giants has. “

His words, therefore, do not seem to open many spaces to such radical changes, probably they are about minor changes such as revisions such as the addition of dialogues that the author has not had the opportunity to add previously. And you, on the other hand, are you satisfied with the ending of the manga or did you expect a different conclusion for the masterpiece of Hajime Isayama? Let us know with a comment below.

READ:  10 shonen anime that have nothing to do with fighting