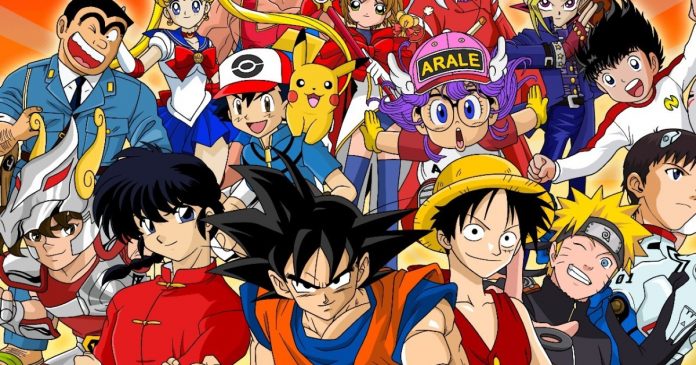 The anime is always full of fascinating topics, full of intrigues and betrayals that most of the time is caused by characters low-key, characters that meticulously move into the ranks of heroes or villains.

These critical moments come to highlight the stories more and will remain memorable moments as time goes on, fans can appreciate how their evil actions have shaped the world around them and the cunning ways in which they avoided detection, whether through through unique powers or your genuine intellect.

The Truth News has the 10 best spies in anime that have impacted over time with their villains.

‘Envy’ was a homunculus that could turn into anyone. This allowed them to become the perfect spy in Father’s service, an agent who could get close to Maes Hughes before dispatching him.

The only limitation behind their unique talent was that they couldn’t transform into something that exceeded their actual body mass. However, given the delicate nature of their missions, this is rarely a stipulation that would impede their ability to infiltrate enemy ranks.

Aizen was the former captain of the Fifth Division of the Soul Society. As smart as he is powerful, he manipulated the other squads and framed Rukia for actions she hadn’t committed.

By the time he was finally exposed, the man had everything he needed to set out for Las Noches and prepare his sword for the coming conflict.

Until the end of the anime only Gin was aware of the villain’s intentions before he was ready to reveal them, but the young man knew he was powerless to take action against his superior.

Toru’s quirk has rendered her completely invisible. This is an invaluable resource for hero work, as he can move among his enemies without being detected. Because of her gifts, she has been placed in a stratified intelligence division.

Unfortunately, she cannot deactivate her own power. As a result, the young heroine sometimes struggles with insecurity from being noticed.

Meleoron was a rogue chimera ant who defected from Meruem’s service after he arbitrarily beat Peggy. Like Toru, he is able to become completely invisible, making him a useful spy agent.

He can also cover anyone who is physically touching him and turn him invisible, a skill for the Hunters’ success against the Royal Guards, especially as Knuckle’s Nen “Bankrupt” power was gradually taking effect.

However, they can only remain invisible as long as he can hold his breath, placing a serious limitation on an otherwise strong ability.

In addition to being an excellent medical ninja, Kabuto was a talented agent who once worked under the Danzo Shimura Foundation on the Naruto manga. He spied on all other nations and accumulated valuable information for his master.

After defecting from the Leaf and joining Orochimaru, he continued his reconnaissance by observing Sasuke and the rest of Team Seven during the Chunin Exam.

‘Bertholdt’ from Attack on Titan

The Warriors were sent to Paradis to retrieve the Founding Titan for Marley. His three main infiltrators were Reiner Braun, Annie Leonhart and Bertholdt Hoover. The latter was the only member of the three who kept his intentions secret.

Annie’s actions betrayed her motives, and Reiner told Yeager who she was. Unfortunately, the Armored Titan framed his only anonymous ally in the process, forcing Bertholdt to join the battle against the Scouts of his greatest enemies.

After some critical mistakes at the beginning of his tenure as Kira, Light realized that to monitor his pursuers. He would need to place himself between them. To avoid suspicions about his identity, he organized a series of diverse and increasingly elaborate stratagems.

One of his strategies was to bury his notebook in a bag of potato chips until he had to give it up completely so he couldn’t be framed.

Fraudrin was the only member of the Ten Commandments anime who was not banished to the demon realm. Inhabiting Hendrickson’s body, he took command of the holy knights of Liones and turned their swords against the Seven Deadly Sins.

The demon was not only able to possess his victim’s body, but also overpowered his memories by doing so. Although this made him a perfect spy, it also implied that he might succumb to his own empathy from prolonged contact with his host.

Chelsea’s Imperial Arms allowed her to copy the voice, body and gestures of anyone of her choosing. Unlike Fraudrin, she did not need to possess her vessels to do so and mastered a wide range of costumes.

Once he got close to his target, he drove a needle into the back of their necks, killing them instantly. This was a tactic he employed against Bols and Kurome, the latter of whom was only able to temporarily survive being stabbed before succumbing to his injuries.

Lisa was a member of the White-Clad whom Giovanni had ordered to approach Vulcan, the origin of the original Amaterasu architect. She ingratiated herself to him to the end, and the two started a “family” in their salvage yard.

After Giovanni revealed his intentions and picked up his agent, she reluctantly agreed, helping him retrieve the key he was looking for.

Despite that Vulcan never gave up on her and allowed her to join Company Eight after she was liberated from the Nether, despite her claiming that her loyalty had not changed.

Did you know that the Vatican canceled all events for this Easter 2021? Follow us on Google News and stay informed.