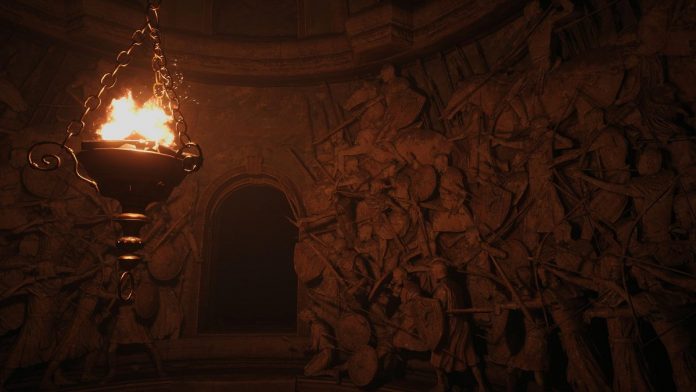 Capcom has announced the exact date of the next Resident Evil Village, which will be held on April 15, 2021. Also, it appears that files for a new ‘game demo’ have been uploaded to the PlayStation Network.

Announced and Twitter, Capcom says the presentation will include a new trailer and gameplay, “along with some other surprises” April 15 at 3pm Pacific / 6pm Eastern / 11pm UK (it’s April 16 at 00:00 here, Spanish peninsular time).

Brace yourselves for the next Resident Evil Showcase which goes live on April 15th at 3 PM PDT / 11 PM BST! Once again hosted by Brittney Brombacher (@BlondeNerd), watch the teaser below for more info, and join the Resident Evil Re:Verse Open Beta Test while you wait! pic.twitter.com/ZFNhSfztRM

Those surprises could include the promised second demo for Resident Evil Village (which will be cross-platform). The thing is, MP1st has reported that the files for a new demo have been uploaded to the PlayStation Network backend, calling it “Gameplay Demo” (presumably to differentiate it from Maiden’s previous demo, which was more of an interactive experience, with no combat included) .

MP1st has also reported that the files are around 10GB in size and includes Remote Play for PS Vita, suggesting that it can be played on PS4, PS5, or Vita. The Maiden demo was released alongside the latest presentation, so it seems likely Capcom will repeat that trick in a few days.

On the other hand, we remind you that we will carry out an IGN First for Resident Evil Village throughout the month of April, giving you exclusive views of the game that you will not see anywhere else. We recently showed the gameplay of the title on PS4 Pro, and we also showed you the evolution of Lady Dimitrescu, but we have much more to come.

Finally, we remind you that an open beta for the multiplayer mode of the game, RE: Verse, can be played at the moment, and it seems likely that we will see more in the next event. We may also learn more about the live-action film Resident Evil: Welcome to Raccoon City, which will contain the events of the first two games in the series as a single film.