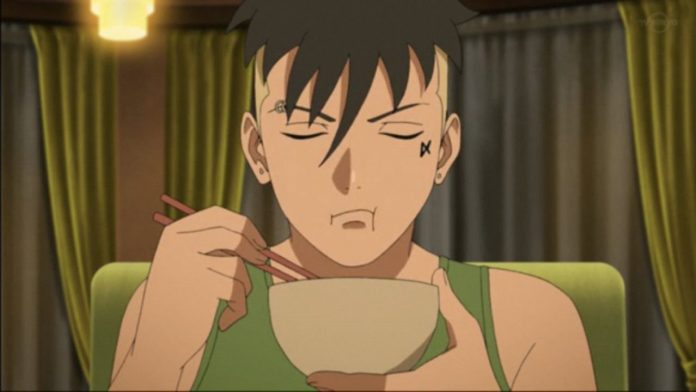 The anime of Boruto: Naruto Next Generations has just stepped into a new story arc that will lead to a major jolt within the walls of the Leaf Village. Konoha welcomed a new resident, Kawaki, who was welcomed into the Uzumaki home. But will he be able to accept this new reality?

After several escape attempts and a summit between Boruto’s Five Kages, Kawaki was eventually taken into custody by the Seventh Hokage and brought to Konoha. Seeing him again as the sad and lonely boy he once was, Naruto Uzumaki decided to take the so-called Recipient under his protective wing, bringing him into his own home, where Hinata, Himawari and Boruto were waiting for him. The latter, however, as we well know, does not feel great sympathy for him.

In the preview of the episode 195 of Boruto, published on Twitter by the user Abdul_S17, we see Kawaki trying to get used to his new worldly life. However, i ghosts of his past and the Kara Organization continue to haunt him.

“Where are dad and Kawaki? Did they go somewhere together?“, the protagonist asks his little sister.”Dad said he wanted to show him the village, and they left. I think they went looking for a vase too“, replies Himawari, who narrates the clip.

Titled “One Vase,” the 195th episode of the anime, which will simulcast on Crunchyroll on April 18, will compare a simple flowerpot with Kawaki, also considered a Vessel by Jigen, the leader of Kara. Furthermore, the episode will bring Kashin Koji back into action, the mysterious Inside of the criminal group he knows uses jutsu reserved for a select few such as Rasengan.

Meanwhile, in Boruto the Seventh Hokage has revealed which of his predecessors inspired him the most.