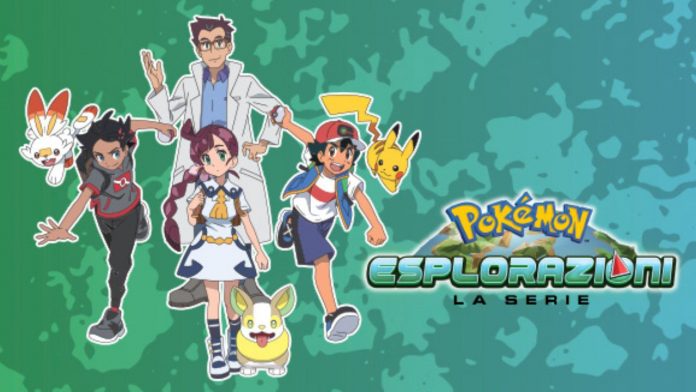 The arrival of the spring season will not stop the adventure of Ash and Go, who are constantly looking for new Pokémon to catch and challenges to overcome together. Let’s find out what will happen to the two protagonists in the synopsis of the next four episodes of Pokémon Exploration.

In episode 62, Go’s Sobble, who admires Inteleon, will practice to improve his fighting style. This training session will lead him to evolve into a Drizzile, but since he hoped to become an Inteleon, when Sobble sees his new form in a body of water he remains deeply embittered. Because of this, he will isolate himself in a cave, moving away from Go as well.

In the following episode the 63rd, Ash and Go watch the TV show Obstacle Course for Water Pokémon. Kairi, a friend of Chrysa’s, will triumph in the competition. Chloe, fascinated by his figure, visits Kairi in the company of Ash.

READ:  Why #RestoreTheSnyderVerse Is Doomed To Fail Despite The Good Reception Of 'Zack Snyder's Justice League'

During episode 64, Ash and Go received a request in the Hoenn Region. In a village spa inn there is no more water and the culprit seems to be an Absol, but is it really his fault for what is happening?

Finally, in the sixty-fifth episode there will be a resounding encounter with the past. Ash will find himself alongside Iris again, but this time as her rival in a challenge involving Dragonite. Which of the two is the best Dragon-type Pokémon trainer? And who will advance to the next stage of the World Championship? Here, in detail, is the synopsis of this awaited episode of Pokémon Explorations.

And are you following the twenty-third season of the animated franchise? In the meantime, this Pokémon cosplay will get you into very big trouble!