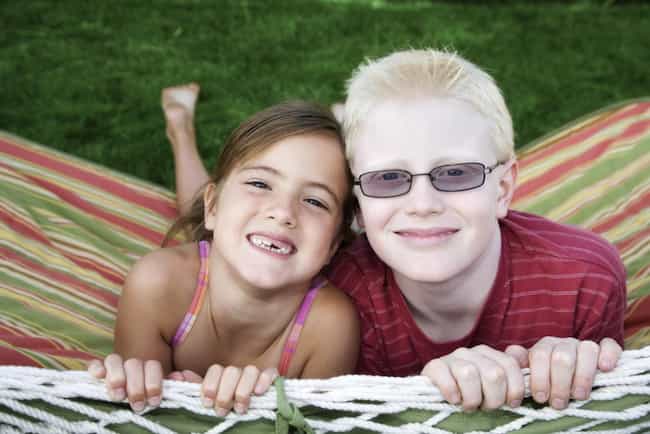 Pigment deficiency in children is also known as Vitiligo. It is characterized by loss of pigment from certain areas of the body, resulting in irregular white patches on the skin. The white patches are more obvious under natural sunlight. While pigmentation varies among individuals due to many factors, it appears most notably at sun-exposed areas including the face, hands, arms, and feet.

Vitiligo usually begins around puberty or later but can begin anytime between early childhood and late adulthood. There seems to be no gender difference regarding its incidence. This condition affects all races equally distributed. The cause for this condition remains unknown yet there are various theories about this which are discussed below:-

According to genetic theory, it is due to genetic predisposition. It has been found that the chances of this condition are four times greater among parents and offspring as compared to individuals outside the families. However, studies have shown both autosomal dominant inheritance patterns with incomplete penetrance as well as autosomal recessive inheritance pattern.

This fact is supported by several pieces of evidence like the presence of autoantibodies and lymphocytic infiltration in affected tissues and improvement following corticosteroid therapy. Furthermore, there has been reporting of vitiligo developing after organ transplantation especially in drug addicts.

According to neurohumoral theory, it is due to disturbance in hypothalamic or hypophyseal function which can be caused by stress or emotional problems such as anxiety or depression. The sun’s ultraviolet rays play a major role in this disease by damaging the skin cells leading to loss of pigmentation. There are reports that emotional and physical trauma in patients may trigger the disease.

According to autoimmune theory, it is due to autoimmune reaction leading to the destruction of melanocytes in the skin without any immune response which is supported by evidence like the presence of autoantibodies and lymphocytic infiltration in affected tissues reported in vitiligo. Recently research has been done on a patient with vitiligo who had a mutation in her TAC1 gene.

It was discovered that this gene plays an important role in preventing the body from attacking itself or being attacked by others through processes called T cell responses that stimulate inflammation which can cause autoimmune diseases such as vitiligo.

In the neuroendocrine deficiency hypothesis, it is due to hormonal imbalance of the neuroendocrine system. There is evidence reported in vitiligo patients that indicate impairment in the hypothalamic-pituitary-adrenal axis leading to its hyperactivity or hypoactivity. Melanocyte cells will be destroyed which results in loss of pigmentation.

This is the most accepted theory by most researchers today about the cause of vitiligo. It is believed that there is a defect in the renewal system of stem cells in the skin that leads to vitiligo occurring when these stem cells attempt to make new pigment cells; either because they cannot function normally, or due to age related reasons. The exact mechanism behind this disorder has not been elucidated yet but it has been found that it is associated with both heredity as well as the environment.

READ:  Benefits of lime on The Lawn

According to psychological theory, some patients develop vitiligo also after stressful events such as the death of a loved one, divorce, illness, or job loss. This is possibly secondary to stress mediated by the autoimmune mechanism in susceptible individuals.

It has been found that there is the thickening of epidermis and dermis due to hypertrophy of melanocytes thereby increasing the risk for this disease. The cause of this thickening remains unclear but according to the neurocutaneous hypothesis, it is presumed due to stress caused changes in the hypothalamic-pituitary axis which lead to hypertrophy of cutaneous tissues containing melanocytes.

white spots on the face of child vitamin deficiency:

Few white spots on the face of the child may be due to lack of vitamin deficiency. Vitamin Deficiency is one of the many common diseases. If not treated, it can cause damage to the body. Parents must keep track of their children’s health conditions so that there won’t be any side effects in future growth or development. White spots on the face are mostly found in children below 10 years age group.

If you have seen white spots on the face of your child, this may be due to vitiligo. Vitiligo is a skin condition where there are white patches on the skin. These patches are not contagious and can be hereditary. So if parents have any spots on their skin it may also be transferred to children at birth itself.

There is no cause for worry as long as these white spots are treated on time by a dermatologist or pediatrician only then the marks will disappear with time otherwise there are chances that they will remain permanently if not treated on time.

It’s nothing but loss of pigmentation which results in the formation of white spots over the affected area. There are different treatments available like using sunblock creams, applying topical steroids, vitamin supplements, laser treatments.

Vitiligo is not a dangerous skin disease but can affect your self-confidence and social life as people avoid such patients. Though there is no permanent cure or treatment for this condition yet some natural remedies can reduce the marks on the face to a great extent if applied regularly. We have listed some of the best natural remedies which can help you to regain back your original skin color.

segmental vitiligo in a child:

Segmental Vitiligo is a type of vitiligo where white patches occur in small areas. These spots may appear anywhere on the body or face, but mostly occurs on arms, hands, legs, and often around the mouth area. It is a hereditary condition and if one person from your family has this disease then you may also get affected by it later too.

It’s not dangerous to have these white spots only on certain parts of the body but they can affect your social life or work as people don’t like to associate with such patients. So keep yourself covered always while going out so others won’t point at you for having these white spots. Take care that your child does not touch his/her spots intentionally or unintentionally because there is a chance of infection too.