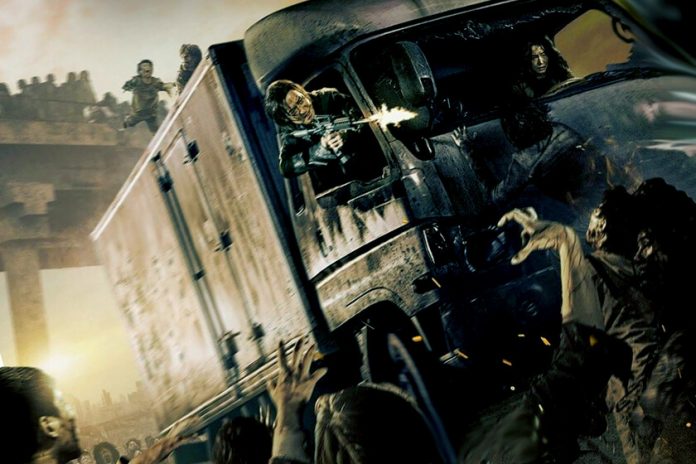 ‘Peninsula’ is the sequel to ‘Train to Busan’, a new large-scale zombie film that now arrives in Spain after its premiere at Sitges 2020 and become a huge success when it premiered, with opening records and a gross of around € 28 million in South Korea, where it was the No. 3 movie of 2020, with other significant figures in other Asian markets, starting from a very well-stretched $ 16 million budget.

It is significant that its starting point is not much different from Zack Snyder’s ‘Army of the Dead’, that is, a robbery or a foray into the quarantine zone full of zombies. Something that, like Snyder’s, seems like an extension of the opening scene of ‘The Land of the Living Dead’ (Land of the Dead, 2005), with which it has not only plot but visual similarities.

In ‘Peninsula’, it has been four years since the Korean Peninsula was quarantined as a result of the zombie outbreak shown in ‘Train to Busan’. Nobody goes in and nobody goes out. The whole world assumes that the country that was once known as South Korea now belongs to the dead. A group of Korean refugees living a meager existence in Hong Kong agree to undertake a dangerous return mission to recover an armored truck carrying $ 20 million in US banknotes. A Chinese gang leader facilitates infiltration and escape in exchange for half the cash.

Like in ‘The treasure of Sierra Madre‘, the most disadvantaged decide to make a living in a dangerous place with a promised prize of which they are not sure, but it is too much money for any of the refugees to pass up, so with the former South Korean soldier Jung-seok (Gang Dong-Won) at the head of the expedition, they enter the zombie wasteland. It is a premise full of potential, which takes as a reference the most motorized action cinema. A premise that decides to separate gender and tone with its previous installment, in a smart move.

Interestingly, no one has produced ‘Road of the Dead‘, George A. Romero’s posthumous script about Ben-Hur car racing in a post-apocalyptic zombie world that was, in effect, his sequel to’ Earth. ‘ ‘Peninsula’ seems to want to take those elements to offer something that had not been seen in zombie cinema until now. Plus, it was designed for a near-perfect-time release: Western interest in South Korean cinema is at an all-time high after its industry received a major breakthrough last year thanks to ‘Parasites’, which became the first. film of the country in wins the Oscar for Best Film.

READ:  Zendaya will be Lola Bunny in Space Jam: A New Legacy to help reimagine the character

Zombies after the pandemic

Now its premiere is a bit blurred, when interest in any apocalypse other than the one we are experiencing is not exactly on the rise. The movie was shot last summer and was completed before COVID-19 broke out. But for its director, the objective was precisely to create something new in zombie cinema, to put aside the idea of ​​creating a sequel and to make a show film for many age ranges, thus, while ‘Train to Busan’ was a film by claustrophobic survival in the early days of a zombie outbreak, ‘Peninsula ‘is an epic adventure in the heart of an already established post-apocalyptic landscape.

However, its premiere in Sitges and in different markets is accompanied by a general disappointment because it does not live up to the previous one, from which it stands out with one of the representations of the anime spirit to the cinema closest to what the medium can achieve with drawings. The result is a reckless and fast-paced Macedonian of zombie movie clichés and the ‘Mad Max’ fuel saga, with the use of vehicles as a form of combat, speed as a recipe against despair and frenetic action scenes in a ramshackle world.

It does not have much subtlety in its approach, but it is very consistent with the spirit of blockbuster plug at full speed. Its generous action scenes are an exhalation and although the tight budget leaves in sight The use of CGI is neither as bad as it is mentioned nor is it a problem to get carried away by a superb mastery of sequential art in motion, with mind-blowing montage and action planning that reveals his affinity with ‘Akira’ (1988), whose second half of the film, in which Special Forces infiltrate post-apocalyptic Neo-Tokyo, was a great inspiration for director.

Ideas such as the characters of the girls, who drive remote-controlled cars to fool the zombies, or learn to drive better than most of the big men that populate this landscape, are hooligan details that make it less serious than its predecessor, and that most of the heiresses of ‘The Walking Dead’, focused on the grief of the situation and the drama versus the fun inherent in the genre. The original used archetypes such as a rich yuppie and a homeless person to demonstrate how a threat breaks the artificial lines of social stratification (such a prominent feature of South Korean society), but in this it proposes the family as the basic unit of hope. for society in a barbaric society, in an isolated and frustrating world. 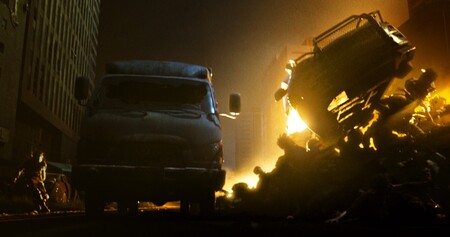 Peninsula drinks from various zombie and apocalyptic films, such as the aforementioned ‘Mad Max’ saga or ‘1997: Rescue in New York’ (1981), and that incursion into a shattered city separated from a world that follows its course, with dark tones and bluish with which Carpenter’s great western has already left its mark on George Romero and his ‘The Land of the Living Dead’ (2005), which has so many similarities with it that it seems like a remake, but especially in esa main piece of that “dome of thunder” with zombies, in which the fighters are spray painted, which is a carbon copy. 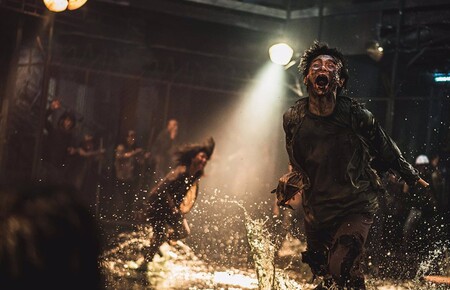 Peninsula leaves its cards on the table from its trailer, practically a summary of what takes place in the film. Any preconceived idea for being the sequel to ‘Train to Busan’ should be left to the expectation of the viewer who expects something more similar in tone to that. The plot and details of the apocalypse are recycled from other popular zombie films, especially George A. Romero., but the central conflict of the character, and the structure with which it is presented is, in essence, the same as that of Robert Carlyle in ’28 weeks later ‘(2007).

READ:  Gran Turismo and a Konami baseball game will be present at the Olympics

But here the idea is that of redemption, which takes place in the middle of an adventure on wheels looks with its many action scenes to the ‘Fast and Furious’ saga, only adding masses of zombies to the mix, whose walking amalgams seem to be creations of new surrealist flesh, Brian Yuzna’s own cinema. That is his recipe and it is concerned with it, there is no complexity and more ideas than speed and feelings on the surface in climatic moments.

It is very easy to reject the honest sentimentality that some final moments leave behind, a cynicism that tends to look down on a cultural trait and that, again, is simply attributable almost its hyperbolic spirit of virtual adaptation of the spirit of anime (the specialty of the director) to real action, so what could be asked or demanded does not go with her, so the show is mindless evasion, with a technical look at the colossal montage in the scenes that matter to her and a low minimum performance in the flimsy connecting thread between them. .

Despite its abuse of slow motion and some squeaky sugary moments, ‘Peninsula‘can be summed up in his fast-paced, sparkling action scenes and a luscious dark visual palette, which add to the entire ship’s prologue, a harrowing zombie horror mini-film that shows that he has clear intentions, something that the umpteenth movie of couple locked in a flat while the epidemic takes place, or the very serious dramas, affected by the air of self-importance of the subgenre after ‘The Walking Dead’, it seems they have forgotten, and if a zombie movie must be something, and even Romero’s most critical and social commentary satires prioritized him, it’s entertaining.