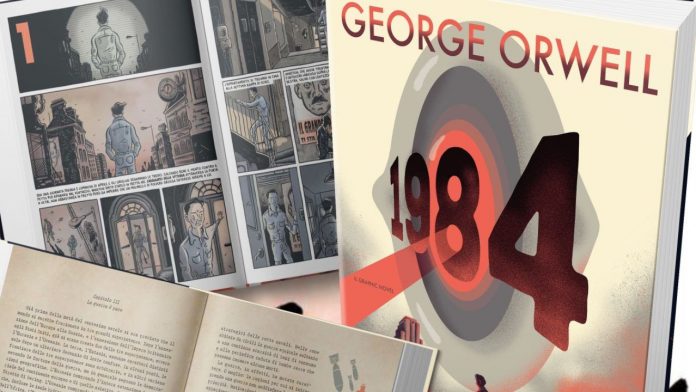 “War is peace. Freedom is slavery. Ignorance is strength. 1984: the graphic novel. Adapted and illustrated by Fido Nesti“. These are the few words with which Oscar Mondadori Vault, on his official Facebook profile, announced this great arrival in Italy.

For the few who do not know it, published for the first time over half a century ago, in the now distant 1949, 1984 is one of George Orwell’s most famous novels. The French newspaper Le Monde places it in twenty-second place in the ranking of the hundred best books ever written.

“In 1984, an atomic war, which broke out a few years after World War II, divided the Earth into three powers, warring with each other and ruled by totalitarian regimes: Oceania, Eurasia and Estasia. 39-year-old Winston Smith is a party employee External who works at the offices of the Ministry of Truth, in charge of correcting the books and newspaper articles already published, modifying them in order to make true the forecasts made by the Party. His life changes when one day, during a demonstration, he meets Julia , a girl who fits into the Outer Party just for convenience. “

The 1984 graphic novel, novel written by George Orwell, pseudonym of Eric Arthur Blair, is adapted and illustrated by Fido Testi. Already available in various countries, it will arrive in Italy thanks to Oscar Mondadori Vault. At the moment, however, the Italian release date is not yet known.