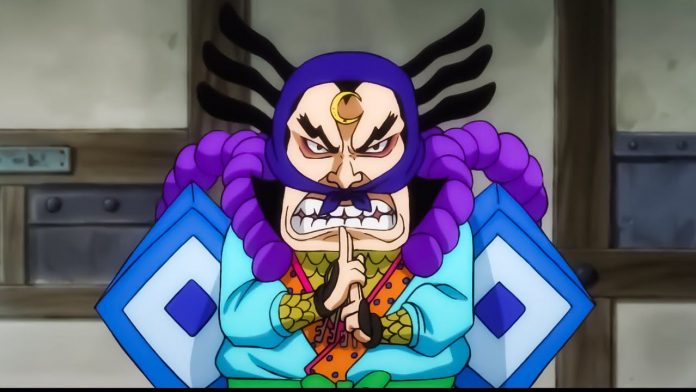 The manga of ONE PIECE is in the middle of the narrative of the Onigashima war. As numerous pirates and mighty samurai face off, an unusual new battle could take place inside Kaido’s castle. Let’s find out together.

The last chapters of Eiichiro Oda’s work had left the Red sheaths and the same readers bringing before their eyes the character of Kozuki Oden believed dead twenty years earlier. But soon the whole truth is revealed in the pages of ONE PIECE and the vassals of the legendary samurai find themselves face to face with some of their bitterest enemies including Shogun Orochi himself.

After easily taking down the tremendous opponent, Kinemon and his companions walk away leaving behind Raizo who shows himself ready to face his rival Fukurokuju. The first then turns to the latter by pointing out how he remained faithful to a madman until the end of his days and the leader of the Oniwabanshu immediately replies that the same could be said of Raizo since he follows the will of a man who has lost life several years earlier also adds that their impending confrontation seems to be written in fate.

While the two shinobi converse they both join hands forming a typical ninja sign which seems to herald the start of a battle.

Do you think that in the near future it will be possible to witness the combat of the two warriors? And how do you think the battle will unfold? Let us know in the comments.

In the meantime, for those interested, here are the spoilers of the chapter 1010 of ONE PIECE.