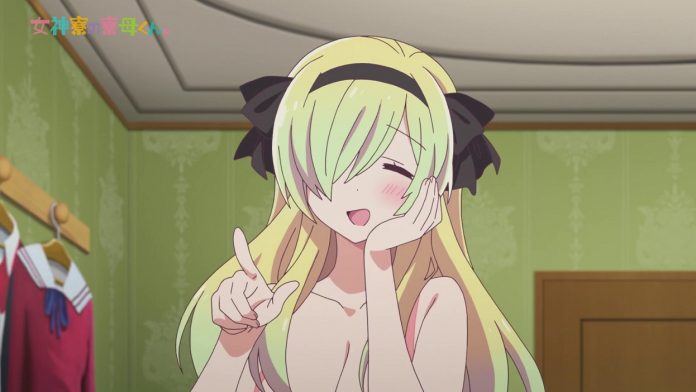 The animated adaptation for the manga Megami-ryo no Ryobo-kun (Dorm Mother of the Goddess ‘Dorm) from Ikumi Hino It still does not have a definite release date, but that has not been an obstacle for new information to be published through its website, and it is that now they share a new promotional video in which you can get to know the girls more starring in this anime.

For the opening we will be counting on the unit Megami Ryosei with the theme “Naughty Love“, While for the ending it will be the unit Megami Ryosei + α with the theme “Zettai! Kimi Sengen“, This unit is made up of the cast: Ashu Nekota (Atena), Nairu (Mineru), Kukuru Kurasaka (Kiriya), Fureia (Fley) and Yuki Yomichi (Serine) and in the case of the ending it has joined Akira Itsuki ( Sutea).

The anime will be directed by Shunsuke Nakashige in the study Asread, the scripts will be in charge of Masashi Suzuki, while Maiko Okada will be responsible for character design.

The story focuses on Kōshi Nagumo, a 12-year-old boy, totally alone in life, without family, money or home, living on the street ends up being adopted and taken to a house where he will be doing various household chores and where pure college girls live somewhat problems, hence their situation begins to change and become more complicated.

Regarding the manga, it was launched in 2017 in the magazine Monthly Shonen Ace and its sixth compiled volume went on sale on January 26.