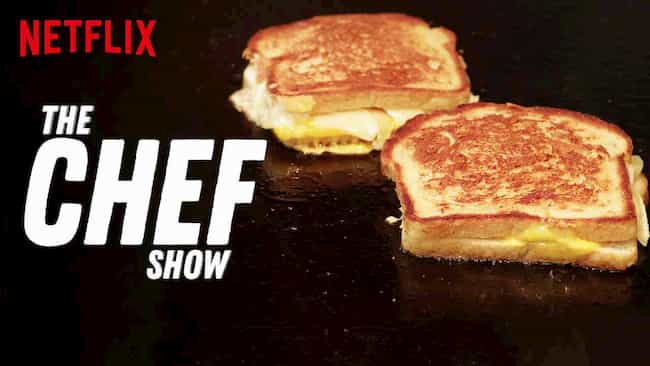 The Chef Show is highlighting for the second time on Netflix in September 2019! What does this mean? It means this hit show is not going to creep unexpectedly onto the Netflix list as the previous “The Chef Show.”

A fact is that Netflix did not plan to show The Chef Show in the first place. Why? Because Jon Favreau is one of the in-demand men and found some time in his busy schedule to record sessions with his chef resulting in The Chef Show.

Another fact is that Netflix has slowly been moving into the cooking genre producing big hit shows like Ugly Delicious, Somebody Feed Phil, and the Chef’s Table.

Furthermore, the show is not only a cooking show but also a talk show. You see Jon and Roy Choi cooking up a storm with a variety of treats with special guests prepared and enjoyed.

Given the success of The Chef Show, Netflix renewed it to start its second season at the end of July. Little did everyone knows they would be getting season two back so quickly?

In the first season, we saw some famous guests from the Marvel Cinematic Universe. These included Robert Downy Jr., Gwyneth Paltrow, Russo Brothers, and Tom Holland.

The show also has some surprises such as Paltrow did not know the movie she starred in was “Spider-Man.”

So what can we expect from The Chef Show Season 2? You can expect visitors from The Lion King cast to turn up. The Chef Show second-season releases on September 13, 2019.

The fantastic thing is that the announcement is international and comes to Netflix. Therefore, you can look forward to months filled with brand new originals.

So what do you think are you looking forward to the second season of The Chef Show on Netflix this coming September?

Inform us by commenting below.