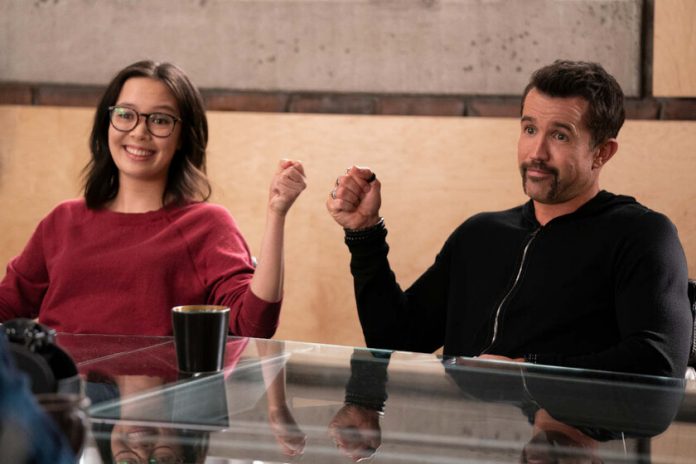 On May 7th, what, for me, was one of the most hilarious comedies of 2020 returns. ‘Mythic Quest’ returns with all its humor and satire of the video game industry for a season 2 of which we can already see its official trailer.

With the quarantine over, those responsible for ‘Banquet of Crows’ seek to repeat the success with the new expansion of the video game. Expansion that promises to be epic but whose development is a bit stuck, with Ian (Rob McElhenney) and Poppy (Charlotte Nicdao) stuck with directing the game.

New challenges in the office

On the other hand, the rest of the characteristic characters in the study have their own battles: CW (F. Murray Abraham) reconciles with unfinished business from the past; the testers (Ashly Burch and Imani Hakim) test the limits that are formed in a office romance while David (David Hornsby) loses one more woman in his life as his assistant Jo (Jessi Ennis) goes to work for Brad (Danny Pudi).

Created by McElhenney, Charlie Day y Megan Ganz, ‘Mythic Quest’ was quite a surprise (well, not so great coming from those who come) in an Apple TV + catalog that had a hard time catching a flight. This trailer promises that the laughter will continue, although I hope they continue to show us episodes as special as those that the first batch had.

By the way, before the premiere of this season, this Friday we will be able to see a new special episode.