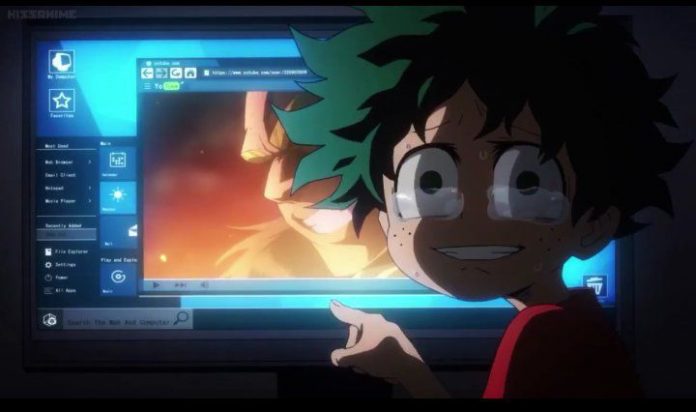 With many characters that are nothing short of iconic, both for their attitudes, and for their extravagant and eye-catching designs, the series of My Hero Academia over the six years of publication she has received many tributes from various stars of cinema, music, and recently also the wrestler Asuka wanted to show her passion for the history of Midoriya.

The WrestleMania event was recently held, the most important for the WWE, and despite the result obtained in the competition, the famous Japanese wrestler Kanako Urai, known by the ring name Asuka, wanted to celebrate this very special occasion by sharing the post you find below on Twitter.

It was the first event in months to have a real crowd in the stands, and although Asuka couldn’t stay in the race more time to get the title of Raw Champion, wanted to thank his fans by replacing the great All Might in one of the funniest clips used by the My Hero Academia community.

READ:  When will the Orville Season 3 release and what to Expect

The scene we are referring to is of course that of the little one Midoriya who dreams of becoming a hero by seeing the spectacular actions of All Might. What do you think of this nice tribute to the series? Let us know with a comment below.

Recall that in episode 5×03 a scene from the manga was deleted, and we leave you with the first images of the clash between classes 1-A and 1-B.