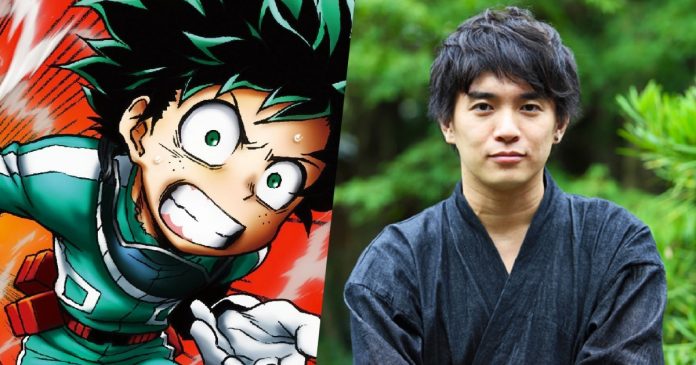 The music composer Yuki Hayashi, known for his work on series from anime What My Hero Academia and Haikyuu, announced on his Twitter account Wednesday that he left his previous agency Legendoor to become independent.

Starting in April, the composer will start his own office and a personal website. With his new office, Hayashi hopes to “make music like a small-town workshop or a blacksmith.” As of Friday, the “works list” and “news” pages are still under construction.

Yuki Hayashi is at a popularity level that puts him next to Hiroyuki Sawano (Shingeki no Kyojin, Blue Exorcist) and the recent winner a Best Soundtrack at the Crunchyroll Anime Awards 2021, Kevin Pekin (Tower Of God, Made In Abyss).

Who is Yuki Hayashi in the anime industry?

Yuki Hayashi es un self-taught composer that began in the realization of musical accompaniments for dance and athletics competitions. In addition to his work on My Hero Academia and Haikyuu, he also worked on the soundtrack for Welcome to the Ballroom and Shaman King 2021.

His work in Boku no Hero Academia is well known among fans. After all, the sports music and energetic for which the anime of Kohei Horikoshi, was recognizable from the first trailer for the series in 2015.

After five seasons (one currently on air), we can say that My Hero Academia would not be the same without its music and clearly in The Truth News We want to wish the best for Yuki Hayashi with his new path as an independent songwriter.

If you want to hear the best of the Haikyuu songwriter, then you should know that Spotify has a complete list of his hits. In this way you can relive the world of your favorite anime and help the composer in his new musical stage.