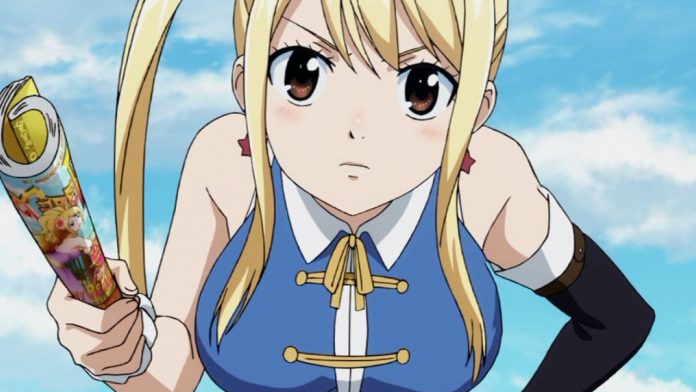 In 2006 the manga of Fairy Tail. Written and illustrated by Hiro Mashima, the work published in Weekly Shonen Magazine quickly became a success, establishing itself as one of the most famous manga of that generation and which has brought many readers, both Japanese and Western, closer to the medium.

The story of Fairy Tail continues with 100 Years Quest, a sequel supervised by Mashima but managed by other authors, but in the meantime, fans remember fondly the first phase of the story. The birthplace ofadventure of Natsu, Lucy and Happy, with the trio that has experienced all the colors and in every corner of the continent of Fiore and beyond.

Together with their Fairy Tail guild, they have participated in various missions and faced enemies of all kinds. Lucy Heartfilia was a pivotal character from start to finish and in each of these story arcs the blonde sorceress played a prominent role. Now we see her again in some photos of the model Melissa Lissova, which have gone viral on the net. As you can see below with the post taken from the Instagram page, the girl launched into a Lucy Heartfilia magical cosplay. The witch’s outfit is the same seen in various stages of Fairy Tail, with a white blouse, blue skirt and whip at the belt.

At the moment Hiro Mashima is working on EDENS ZERO which will also arrive in the West in an anime version.