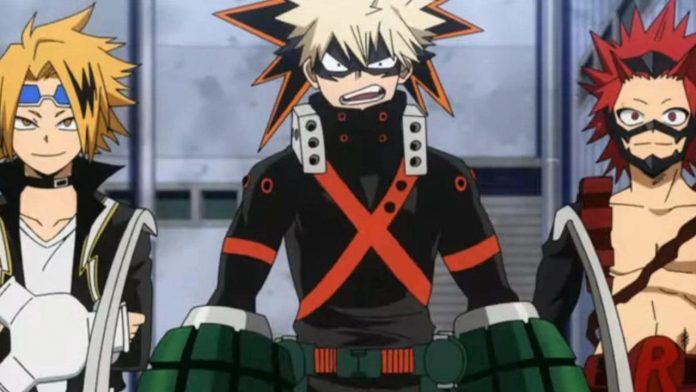 With the arrival of the fifth animated season of My Hero Academia, spectators have finally been able to reunite with UA Highschool’s Class 1-A, which is currently engaged in joint training with Class 1-B. The third episode, however, is at the center of a small debate.

The third installment of My Hero Academia 5 is based on the chapter 194 of the manga, that is, on the moment of Bakugo’s entry on the battlefield. Readers of Kohei Horikoshi’s work, however, have noticed a slight difference between the printed version and the animated one, that’s what.

In the manga, when Bakugo arrives at the joint training site, Deku compliments his new look. To the praise of his rival, Bakugo obviously reacts badly.

As you can see in the Tweet at the bottom of the article, which highlights the scene in question, Deku notes that the Bakugo winter costume it protects it from the cold by generating heat. An ingenious modification that helps the would-be hero fight in situations that are unfavorable to his Quirk. But instead of thanking for the appreciation, Bakugo, as usual, inveighs towards his partner.

As readers have noted, who have pointed this out on social media, this scene is completely absent in the animated version. While not vital to training, nor does it particularly deepen the relationship between the two, the conversation was particularly ironic and fans expected to see it adapted in the anime.