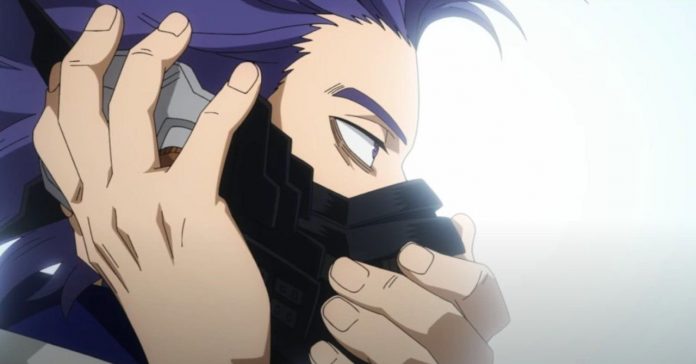 The long awaited fifth season of My Hero Academia has finally entered the heart of the first story arc that will follow the original story of Horikoshi. After two introductory and summary episodes, in fact, the training between classes 1-A and 1-B began, and Deku and his companions were surprised by the participation of a student: Shinso.

As many of you will remember Hitoshi Shinso had appeared during the course of the Sports Festival, and it seems that his great commitment convinced Professor Aizawa to involve him in the special training session between the two most promising classes of the Yuei High School, during which he was able to show some of his new skills.

Episode 91 officially kicked off the tests to which Midoriya and companions will be subjected, and since the first appearance of Shinso you can notice changes in his design, a white scarf and the presence of a particular technology that goes to make more his hero suit is unique. This device, which allows Shinso to edit his voice and copy other people’s voice timbres to lure opponents to himself and make them victims of his Brainwashing Quirk, it’s a useful upgrade to say the least for his career as a Hero, and he doesn’t hesitate to show his danger against Shishida, using Artificial Vocal Chords: Persona Chords.

Recall that a young All Might also appeared in the anime, while taking his first steps as a Hero, and we leave you to our review of the episode 5×03 of My Hero Academia.