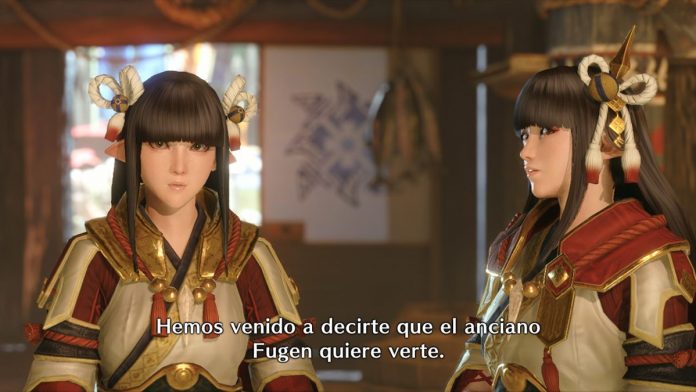 Last week we told you that Monster Hunter Rise had already managed to sell more than 4 million copies worldwide. Mind-boggling figures, considering that they corresponded to little more than a weekend. And at that time the question was clear: where will the ceiling be?

Today we can say quite high, apart from the fact that it may not have reached it yet. The fact is that Capcom has confirmed that the game (at the moment only available on Nintendo Switch, although it will arrive on PC) has already reached the figure of 5 million copies sold.

The news, shared on Twitter by @Capcom_IR, has come through a statement published by Capcom on its website. Below you can read the full content of that statement, in Spanish:

The Monster Hunter series consists of hunting action games that pit players against giant monsters in a beautiful natural environment. Beginning with the first title in 2004, the series established a new genre in which players cooperate to hunt down ferocious monsters with their friends and has since grown into a global phenomenon with cumulative sales of the series exceeding 66 million units. Sent as of December 31, 2020.

Monster Hunter Rise is a new Monster Hunter title for Nintendo Switch. The game was developed with RE ENGINE, owned by Capcom, to provide a new and accessible Monster Hunter experience that can be enjoyed anytime, anywhere, with anyone. In addition to new monsters and locations, the game offers a whole new take on the hunting experience through a number of exciting new hunting actions that are possible with Wirebug. With this, players can traverse the terrain at high speed, or even join monsters and control them. In addition to the excitement, there is the debut of new hunting partners “canyne” [mascotas] called Palamutes. The title garnered critical acclaim following the release of two demos with local and online cooperative play prior to launch, with resulting shipments surpassing 5 million units a week after its release.

Additionally, Monster Hunter Stories 2: Wings of Ruin, a new role-playing game that will feature elements that can be linked to Monster Hunter Rise, is scheduled for release on July 9, 2021. In addition, Capcom will launch a wide variety of initiatives that They go beyond the realm of games to continue to increase the value of the brand. These include the first Hollywood film adaptation of the series, Monster Hunter, which is seeing success around the world, as well as merchandising and costumes for the characters.

If you are one of those millions of users who already enjoy the game on Nintendo Switch, we remind you that we recently published an article in which we collected 24 things that Monster Hunter Rise does not tell you and it is very useful to know. And if you haven’t made the leap yet, here is our analysis. Although we warn: you may end up buying it.