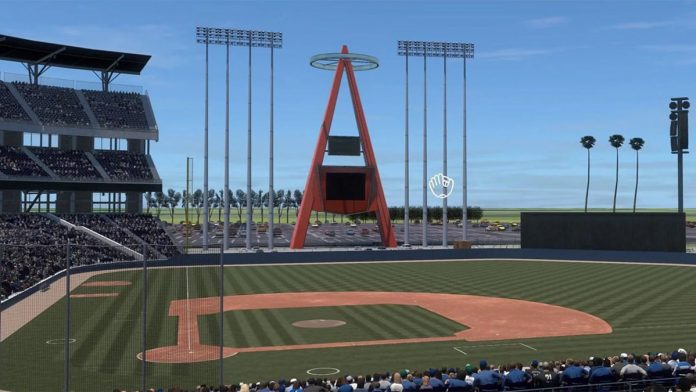 We could say if we move through the extensive environment of baseball, that the stadium of the middle of the last century is already almost an endangered species. Most of the teams have moved to other fields designed to evoke the glory of the past or too huge monstrosities like those in Milwaukee and Miami. The exception, perhaps, is the Oakland Coliseum, a memorable place that has been the home of the Athletics for more than 50 years.

But this week it was released MLB The Show 21, and suddenly the classic baseball fields are popping up once again thanks to the Stadium Builder mode. Users have been using this feature to recreate replicas of known stadiums in detail and posted them on Reddit.

For example, Reddit user SomeLadyNamedRuth has been one of the most prolific creators. His creations include the definite sea replicas of Candlestick Park, the former “home” of the Giants; Qualcomm Stadium, the place Padres used to play and Anaheim Stadium with its distinctive halo.

The one that causes the most excitement among baseball fans is undoubtedly the Tiger Stadium. Known as one of the most historic and beautiful in the league, Tiger Stadium opened on the same day as Fenay Park in 1912. The Tigers moved in 1999, and the state was destroyed in 2009. See it again in MLB The Show is something that strikes a chord with most sports fans.

MLB The Show 21’s Stadium Builder mode is feature packed and quite a conservative addition. Includes more than 1000 decorations. According to the developer Sony San Diego, this mode is only useful on new generation consoles, assuming a great variation in the same Major League stadiums. That is why it is not available in older versions of the game.

MLB The Show 21 already has its own great selection of great stadiums, of course, including venues like the Polo Grounds and the Metrodome. It is also possible to recruit many classic players of this sport for our team, from Babe Ruth to Ken Griffey Jr. The Stadium Creator mode serves to extend the extensive options that the game offers us, giving us the opportunity to develop our side creative.