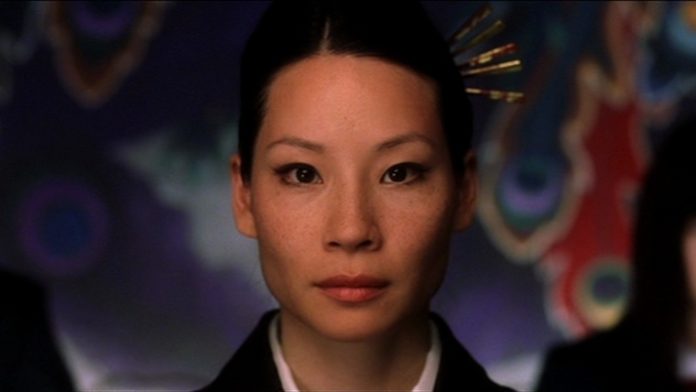 Lucy Liu gets an al reparto from Shazam: Fury of the Gods as announced by New Line and DC a few hours ago, The Wrap reports.

In fact, Liu (Chicago, Kill Bill, elementary) has been recruited as the villainous goddess Kalypso, the sister of Hespera (played by Helen Mirren), and the daughter of Atlas. Neither Hespera nor Kalypso has appeared in the DC comics, but Alas appeared once as a Justice League opponent and is one of Shazam’s sources of power. It serves as a kind of compendium of the Greek gods, having immense wisdom and great strength. It is thought that Hespera and Kalypso could be inspired by the Hesperides, the nymph’s daughters of the authentic Atlas, depending on how we interpret the Greek myths.

The post-credits scene from the first Shazam movie showed us Doctor Sivana meeting an alien named Master Mind. Whether or not it is an advance of the plot of The Fury of the Gods, it could give us a clue.

Liu will also appear in West Side Story with Rachel Zegler, who plays a role that is still unknown to us. Much of the original cast will return, including Zachary Levi as Shazam and Asher Angel as his teenage alter ego, Billy Batson. David F. Sandberg will once again be the director.

Liu finished her job at Elementary in 2019, most recently joining Why Women Kill on CBS. As a curiosity, she has already worked with superheroes but on the other “side”: she was the director of two episodes of season 2 of Luke Cage.

Despite the connection between the characters in the comics, Dwayne Johnson (The Rock) will not appear as Black Adam in the film. Anyway, between now and June 2, 2023, there is a lot of time left. We better sit and wait …