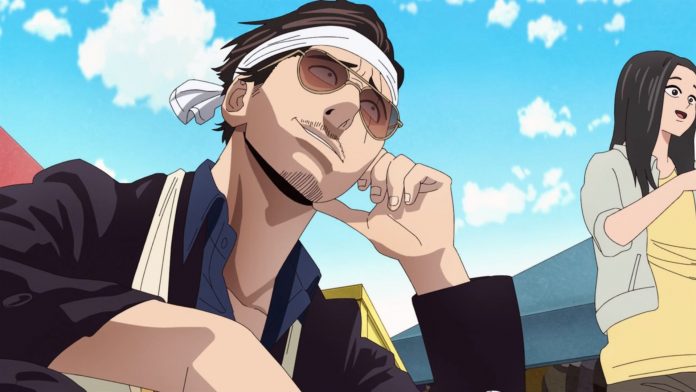 The imagery of the Yakuza, the Japanese mafia, has always been a fervent source of inspiration in the modern pop culture of the Rising Sun. Let’s think, just to give some examples, of the video games of the series that takes the homonymous title, of the films of directors such as Takeshi Kitano and successful manga such as Sanctuary e Ichi the Killer. One of the most original and fun reinterpretations of this theme in recent years is the one we can find in the manga The Way of the Apron – The Homemade Yakuza, running since 2018 on Shinchosha’s Kurage Bunch magazine and published in our country by J-Pop.

The comic written and drawn by Kousuke Ono in a short time it became one of the most appreciated series by audiences and critics, so much to convince Netflix to produce an anime based on it and entrust its realization to the studio J.C. Staff. Available in our country starting from 8 April 2021 dubbed in Italian, here is our review of what unfortunately it is a great wasted opportunity.

From fights to the stove

During our first impressions of La Via del Grembiule we talked about the hilarious premises of the title, but let’s take a quick review. Tatsu, nicknamed “Immortal Dragon”, is a formidable yakuza, known and respected by all the clans of the city, so relentless that he alone has routed ten bases of a rival group in one night, completely unarmed. After falling in love with the beautiful designer Miku and having married her, however, Tatsu decides to retire from the world of crime and he begins to lead an honest and respectable life as a housekeeper as the wife, a career woman, is constantly busy with work. The series is one slice of life episodico which tells, through short self-contained sketches, the daily misadventures of the protagonist and some recurring figures such as the aforementioned Miku and her parents, the former clanmate Masa and the other housewives of the neighborhood.

READ:  Tenya Iida from My Hero Academia and the villain look: the first drafts of Horikoshi

Tatsu, the undisputed star of the series, is a simply adorable character which immediately grabs the viewer. In fact, imagine a Kazuma Kiryu, the first protagonist of the videogame franchise Yakuza, who suddenly stops being a criminal, wears an apron depicting a cute Shiba dog and starts doing housework, and you get Tatsu as a result. In spite of his origins, he is a kind of perfect husband: she knows how to cook impeccably, she knows how to do it yourself, she organizes herself meticulously with the expenses thinking about savings and balances, and she has a heart of gold. The problem is that, despite good intentions, its threatening appearance and his difficulty in shaking off old habits as a member of the yakuza will cause him and all his acquaintances not a few problems and misunderstandings.

The author plays just with this, basing the comedy of the series on the hilarious contrast that is created between the simplicity of the proposed situations, that is quiet scenes of everyday life, and the exaggerated, over the top and out of place way in which the protagonist faces them, in an evident parody of all the stereotypes of the imaginary typical of the yakuza world. Imagery that, if familiar to the viewer, will increase the hilarity of the sketches even more, but not strictly necessary to enjoy the series to the fullest. The five episodes of the anime, which adapt the first 30 chapters and last an average of 16-17 minutes, very well transpose the comedy of the manga on the screen, thanks also to a direction that (for reasons that will be clear to you shortly) is very faithful to the sequential narrative of the ‘paper work. The Way of the Apron it is therefore a perfect series for light entertainment, unpretentious and based on a very original idea.

The only criticism that we feel to move about it is in the choice of condensing, in fact, more comic sketches within a single episode, when perhaps they would have performed better in short-lived shorts (e.g. 5 minutes). However, since this is a distribution method that is not very suitable for streaming on Netflix, we can understand the reasons for this decision.

Another aspect where the animated adaptation does not work, confirming the conclusions we reached after watching the first episode, is its technical sector, especially the visual one. The Way of the Apron is created by the JC Staff studio, a veteran company in the sector specialized in the genre of comedy, which this time has chosen to rely on a graphic sector where animation is really kept to a minimum, even by current industry standards. The series is in fact an almost faithful transposition on the screen of the manga cartoons, with a lot of onomatopoeia and aspect ratio maintained (with consequent presence of black bands on the sides in the images with vertical orientation), where the sensation of movement is mostly recreated by the use of the camera and not from actual animated sequences. This choice therefore brings us closer The Way of the Apron more ai motion comic than to animated series.

That of the motion comic is a technique whose origins date back to the United States of the 60s to reduce the often prohibitive costs of full-fledged animation, and undoubtedly endowed with its own dignity. Unfortunately, in this case, JC Staff and production choices place The Way of the Apron halfway between these two techniques and the result is an indefinite mix that does not allow the series to show on the screen that added value, compared to the paper version, which was legitimate to expect. It also doesn’t help the quite fluctuating quality of the drawings, in some cases detailed and faithful to the original style of the mangaka, in others quite approximate and for this reason even more in contrast with the static nature expressed by the title.

Unfortunately, a sound side more than good at compensating for these technical shortcomings. The theme songs and the soundtrack of discreet workmanship is combined with a excellent dubbing, both in Japanese and in Italian. In the first case, we have in the role of Tatsu the excellent actor and seiyuu Kenjiro Tsuda giving his umpteenth, excellent performance, this time in a comic role. The protagonist’s Italian voice is instead that of Riccardo Scarafoni, who gets along very well and does not look bad in front of the bulky Japanese colleague.

La Via del Grembiule has been confirmed for a second season a few hours after its airing on Netflix. We can only hope that the continuation will finally be able to do justice to the enormous merits of the original work by giving it a visual sector up to it, but given the premises we have the strong feeling that the new season will continue on the same path.