Well, Demi Moore claims that she was the first lover of Jon Cryer. Recently in her New Memoir “Inside Out”, She wrote that she feels bad about takin Jon’s Virginity While they were filming a 1984 movie “No Small Affair”.

She also writes in her memoir that It still pains her to think that how Callous she was with his feelings. She stole such an Important feeling and a beautiful moment from Jon Cryers while she took his virginity.

Well, It has been revealed that Demi Moore was not Jon’s First Love. So In responding to this Hilarious Comment, Jon has confirmed that this is not true.

Jon Said that The good thing about this is Moore does not have to feel bad because she did not take his virginity. He was sure that Moore did come to this justification by the look that was on his face at that time. He also did confirm that He lost his virginity actually in High-School.

Jon Cryers who is now at an age of 54, gave this response in his tweet on a Tuesday Afternoon. How can Moore write such things about Jon’s Personal Life? Maybe she did write it because she thinks that people might like this if she makes up some good story.

Jon Also writes in his comment that Moore was over the moon to him, and he only had affection for her at that time. He did not have any regret about anything that has happened between them. 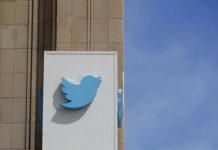