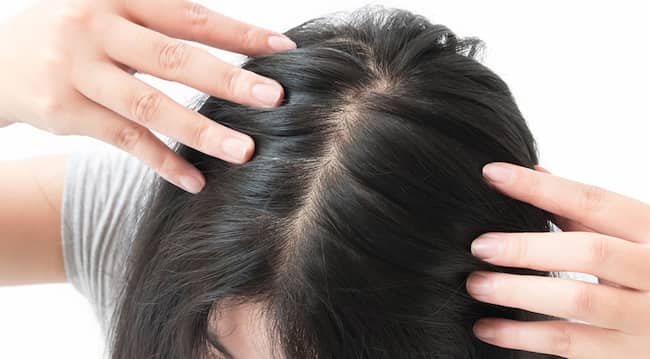 Hair loss is a common problem that affects millions of men and women around the world. It can affect anyone irrespective of their age and other health conditions, and so there are many other underlying issues associated with it. Genetics plays a vital role in determining if one will experience hair loss or not, as well as how fast it will begin to happen and to what extent.

The only way to find out about its treatment is for those who already have this condition by talking to a medical expert such as a dermatologist. As for those who don’t, then they should take precautions before something like this happens, such as getting advice from them on what could trigger hair loss for them and what changes they need to make to prevent it from occurring at all costs.

One of the treatments to consider is known as minoxidil. This solution can be bought from a local drug store and applied directly to areas on the scalp that have been affected by this issue. However, it should only be used twice a day for it to work effectively and not lead to its reverse impact in some way.

There are side effects associated with using this product, too, so one must be sure they know all about them before applying any of it onto their head. Some of these include rashes, burning sensations on the scalp, etc. Just like all other medications out there, one must read through everything written on its label first before proceeding with anything else at all costs.

The downside is that minoxidil doesn’t work for everyone who tries it, including those who have already tried other therapies to treat their hair loss. However, one should see some results within four months, and this treatment may even take a year before the desired results are seen in full.

There are several different brands out there, too, so one needs to understand how much they should apply onto the scalp and what time of the day is most suitable for them.

If minoxidil doesn’t work, then another option is finasteride which comes in a prescription pill that must be taken daily by mouth with or without food. Just like its alternative, this medication shouldn’t be used by both men and women, especially pregnant women, as it can harm an unborn baby somehow. In addition, this medication has some side effects, including loss of libido, erectile dysfunction in men, and even depression at times.

Anyone taking this drug should monitor their health closely for any changes that happen while on it, so they know when to stop using it before anything wrong happens to them.

It’s best to talk with one’s doctor first before deciding on either minoxidil or finasteride, as both are proven medications for hair growth treatment. They are suitable for different people, though, so not everyone is advised to use these drugs never to get confused about what will work best for them while suffering from this condition.

There are always new advancements regarding treating baldness, but until then, anyone can use these medications to help them out before making a final decision. However, one needs to be aware of the potential side effects, especially if they get finasteride, as it has many more associated issues than minoxidil.

Scientists at the University of Pennsylvania School of Medicine have developed a new treatment for male baldness. They have discovered that specific protein signals are required to properly regulate cycling stem cells in the adult scalp, where hair follicles are formed and maintained.

Their research shows that drugs initially designed as chemotherapy agents act on these signals, suggesting an entirely new approach to treating hair loss in men (and women).

There are many different products on the market today for men and women who want to improve the quality of their hair, but what’s even more important is learning how to stop hair loss after it has already begun.

Hair loss itself is a topic that cannot be discussed in an article because there are so many different types and degrees of hair loss and several factors that come into play when talking about whether or not a person can regrow their hair.

On this page, we will go over some basic information about four common types of hair loss and explain some things you can do to help lessen your symptoms resulting from those conditions.

We also offer one top-rated product as an additional option if you feel like trying something new – However, please note that we do not recommend it because we do not think this product is effective.

READ:  What Is The PH Of Diet Coke?

One of the most common types of hair loss and one of the easiest to treat if you take measures while your body is still young comes from a condition known as Hereditary Hair Loss (Also called Male Pattern Baldness or MPB.)

Usually, after puberty, men begin growing hair on their face, chest, back, and arms – When hair follicles fully cover these areas, they are considered stable.  However, as the years pass, many men will find that their stable hair regions stop producing new growth and eventually fade away completely. This is due to oxidative in the body, which causes oxidative stress and slowly damages hair follicles over time.

Men with MPB will lose hair in the affected areas first and then will continue to slowly lose more and more hair as they age due to the damage done by oxidative stress.

This type of hair loss is easy to treat with just about any treatment you can find. The most popular options for this condition are Minoxidil (Rogaine) which has been around since 1988, and Finasteride (Propecia), approved by the FDA in 1998.  Several different brands are available on the market now, but those two treatments make up 90% of all sales due to their effectiveness.

In women, the most common type of hair loss is Pattern Hair Loss.  As their name implies, pattern hair loss follows a specific pattern in which a woman will lose hair from all of her stable hair regions. So, for example, a woman who typically has hair on her arms and legs might suddenly notice that she has less or even none at all.

This type of hair loss can be just as frustrating for women as for men because there are no FDA-approved treatments specifically designed to treat this condition if it’s caused by oxidative damage.

However, you can use something like Minoxidil (Rogaine) or Finasteride (Propecia), but results won’t always be guaranteed since they were not designed to treat this type of hair loss.

Several other types of hair loss can occur in both men and women, ranging from the typical dry skin on the scalp to genetic disorders. However, the main focus of this article is how to stop hereditary hair loss if you are still young enough for treatment to work effectively.  Just remember that oxidative damage is at the root of all hair loss, including non-hereditary conditions like Alopecia Areata.

One of the most common types of hair loss in children and adults alike, Alopecia Areata, is what doctors refer to as an autoimmune disease.  Essentially when a person’s immune system becomes weak for whatever reason, their body will attack itself by destroying all kinds of cells that are not typically targeted by white blood cells. This leads to symptoms like dry skin patches on the scalp (Which can be very itchy) or sometimes even inflammation around the eyes or joints.

When it comes to Alopecia Areata, there is no known cure, but doctors have developed several methods which can help patients establish new hair growth.  The problem is that once the immune system attacks itself for whatever reason, it is usually too late to try and reverse the effects. So even if you find a way to help your body stop attacking itself, any hair loss cannot be recovered during the process.

In cases similar to Alopecia Areata, your chances of restoring your hairline to where it used to be are slim-to-none because there is no known cause or cure for autoimmune disorders in general.

Since red blood cells carry oxygen throughout your body, when they die off at an accelerated rate, you can expect a whole host of negative symptoms, including Hair loss, IInflammationaround the eyes, Joint pain, Dry skin on the scalp, Cracked lips, Fatigue.

In severe cases, autoimmune disorders can even lead to organ failure, eventually fatal if not treated immediately.

This is the most common type of alopecia among men and women, but it only affects a person’s hairline. This condition causes hair loss in a particular pattern that will typically follow a person’s hair growth cycle in both males and females alike.

In most cases, Androgenetic Alopecia starts with impaired blood flow, which leads to oxidative damage on scalps around the temples and crowns of people genetically predisposed to experience this kind of hair loss as they age.