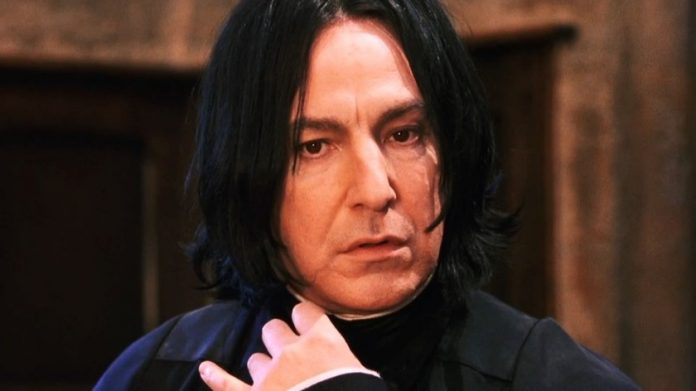 At the time we all hated Professor Snape (the sadly late Alan Rickman) a bit. You know it’s true: the saga Harry Potter, in cinemas, it was designed so that we would start hating that guy with the short hair and who at all times seemed to be the villain (despite the plot twists they subjected us to as infatuated and impressionable teenagers who thought that one day we would get a letter on an owl). However, the reality is much more interesting: actor Matthew Lewis (Neville Longbottom) has shared a story about the history of the (then) children and the actor, whom they became fond of, Comicbook tells us.

“I went to his trailer and I said, hey, I know it’s your last day, and I just want you to know that it’s been amazing working with you all this time. I know we haven’t talked much, but I wasn’t saying anything because I was scared … But you’re amazing. Thanks for letting me work with you for 10 years, and you’ve never yelled at me or treated me like we’re not on the same level. And he replied, “Come in.” He put a kettle on and we had a cup of tea. We talked about how I it was in my career and what he recommended me to do.

We recently told you that there were 10 years of filming in which Daniel Radcliffe, Emma Watson and Rupert Grint went from The Philosopher’s Stone to The Deathly Hallows, and the actor Ron Weasley (Grint) spoke, acknowledging that it was very hard for them being children, because the pressure was very strong. All three now remember everything quite benevolently, but at the time it had a great weight in their lives.