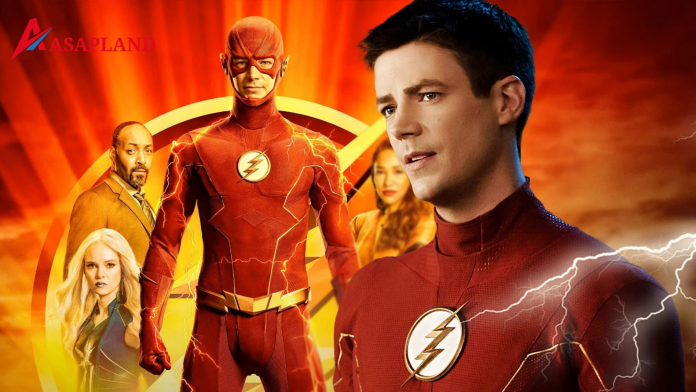 It’s been confirmed. Grant Gustin, who plays the supposed character in The Flash season 9, has signed on to repeat his role.

The series, which is based on the adventures of DC’s beloved character of the same name, is now waiting for confirmation from the show’s home network, the CW, that it will be renewed for a ninth season.

If the CW goes ahead with the show, which is expected, The Flash will set a new record as the network’s longest-running Arrowverse-themed show.

If this happens, The Flash will dethrone the current champion, Arrow, which just concluded its eight-season run after a highly successful era.

According to Deadline, Gustin will return to the CW’s flagship DC series for another season. The hit programme, which is produced by Berlanti Productions and distributed by Warner Bros Television, had a multi-year deal on the table.

The renewed contract includes a huge pay boost for the actor, who is said to be paid around $200,000 for every episode.

The Flash’s recent seasons have eschewed having an overarching villain in favour of minor arcs that serve a larger narrative purpose, such as Bloodwork’s body horror storey or Mirror Mistress’ Invasion of the Body Snatchers-style tragedy in the sixth season.

As a result, numerous options are available. Barry might have an arc where he is lost in time or considered dead, similar to how the Green Arrow was presumed dead in the middle of season three.

In his absence, other members of Team Flash, like Killer Frost or Barry’s future speedy children, would be forced to take up. But it all hinges on how season 8 concludes.

Because Gustin just signed on for a year, this could be the show’s final season. In a May 2020 interview, Gustin was asked if he would sign on for another season of The Flash after Season 7, and he stated that he was willing to keep the character running when his current deal ended.

READ:  What Does Sped Mean?

Gustin explained that he can see himself for The Flash numerous times regardless of his contract deal. Gustin also thinks that this show makes his job way cooler and he can never take it for granted.

Fans, on the other hand, would also love to see the familiar cast return for all the upcoming seasons. Needless to say, Grant Gustin is a fan favourite and it would be hard to not watch him play the Flas anymore.

Nonetheless, The Flash season 8 will premiere on 9th March on the CW. Grant Gustin also revealed that Flash will be getting his golden boots this season. Season 8 is about to be tremendous as we except Barry Allen’s futuristic speedy kids come on the show.

Season 8 also will give us some hints into what can happen in season 9. Taking in all the possibilities, we will catch up with a lot of familiar faces in the right season. So, we are expecting to hear your thoughts for the upcoming season 9.