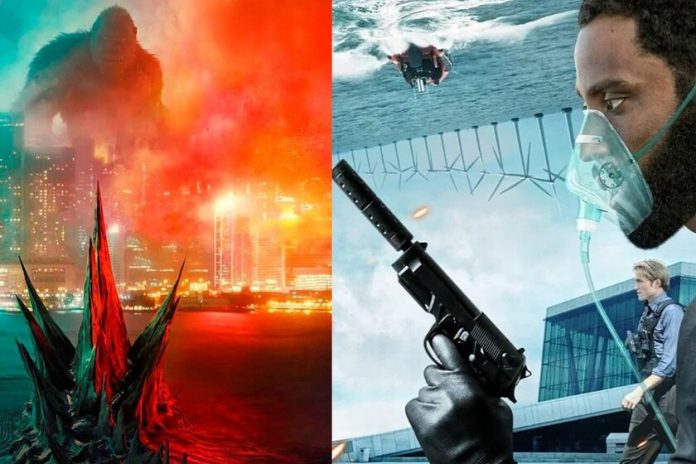 It was a matter of time before a movie surpassed ‘Tenet’ to become the highest grossing in the United States since the start of the pandemic, but what we did not expect is that ‘Godzilla vs. Kong ‘was going to get it in just 10 days, which is what has happened.

Specifically, the new installment of the MonsterVerse directed by Adam Wingard has reached 60 million dollars with the income obtained in the North American market during Friday, while ‘Tenet’ had to settle for 57.9 million dollars during its complete passage through theaters.

The extra merit of ‘Godzilla vs. Kong ‘

It is true that the current situation is very different from what it was when ‘Tenet’ hit theaters in early September last year, but also that ‘Godzilla vs. Kong ‘ launched simultaneously on HBO Max, something that gives extra merit to this achievement.

However, what seems unlikely is that ‘Godzilla vs. Kong ‘becomes the first film to exceed $ 100 million in revenue in the United States since the start of the pandemic. The reason is that its income will suffer a sharp drop in its second weekend, since the only notable premiere is ‘Voyagers’, a sci-fi film that is estimated to barely exceed a million dollars all weekend, while Wingard’s film has entered almost four on Friday alone.

READ:  'Downton Abbey 2': the Crawleys return to theaters this Christmas with a sequel that confirms their cast

Much more likely it is the first Hollywood movie to surpass the 400 million dollars of worldwide income from ‘Bad Boys For Life’, but before his goal is to surpass the 363 harvested by Christopher Nolan’s film. A good sign for the postponements to end, although I suspect that it will take time again to see films that exceed the mythical barrier of 1,000 million dollars …