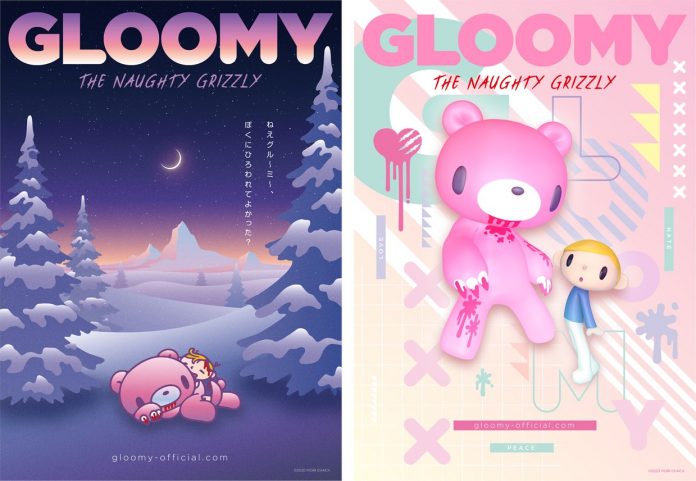 Gloomy Bear de Chack Mori is celebrating its 20th anniversary and to commemorate the milestone, the staff behind the character have posted that an anime has been prepared titled Itazura Guma no Gloomy (Gloomy the Naughty Grizzl ), which, it was recently revealed that its premiere has been scheduled for April 12.

So far it has been revealed that Kōichi Yamadera will give voice to Gloomy, Y Natsuki Hanae will play Pitty, to the owner of Gloomy. On the other hand, Chack Mori will be directing the anime and supervising the scripts, Megu Yagi Y Aimi Morodome will collaborate as screenwriters, while Kunihiko Mita Y Yumiko Abe They appear as director of the CGI and Arte, respectively.