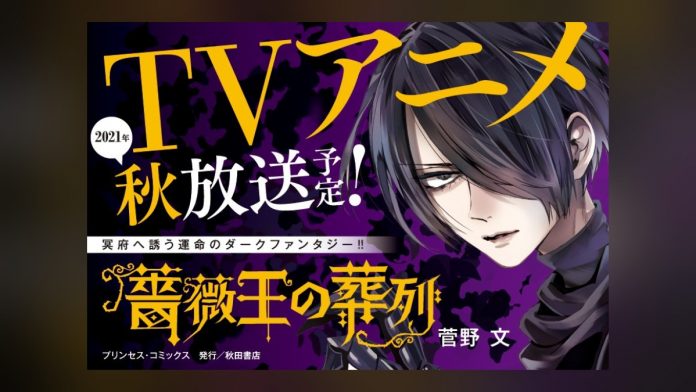 A couple of weeks ago it was revealed that the anime adaptation of the manga Requiem of the Rose King (Bara-Ou no Soretsu) from Aya Kanno It would be released in the fall, and now in a recent update published on their website they share the main team of this project, as well as their first promotional image.

At the moment it is known that there will be the address of Kentaro Suzuki (Angels of Death) in the study J.C. Staff, on the other hand Hiroki Uchida (Days of Urashimasakatasenpara) will collaborate with the scripts, while Tsutomu Hashizume will be in charge of the character design.

The manga is based on the work of Richard III written by William Shakespeare, this adaptation began its publication in the magazine Monthly Princess from Akita Shoten in November 2013, its volume 15 was published on March 16.