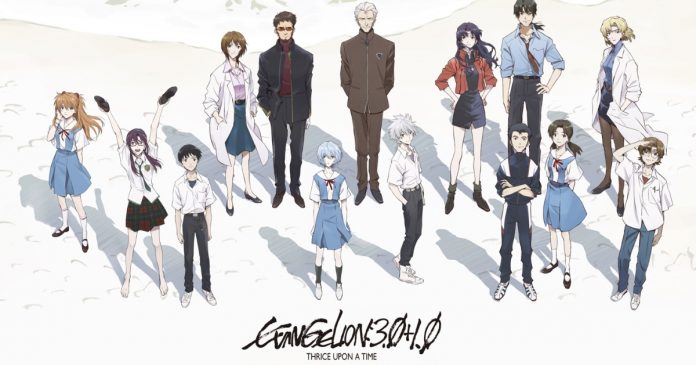 Evangelion 3.0 + 1.0 Thrice Upon A Time is the movie of anime ending the Rebuild of Evangelion franchise from Hideaki Anno. And now, the film has just set a new official IMAX grossing record equivalent to 7.5 million yen (approximately $ 67.8 million).

TOHO made the official figures a few hours ago, and also confirmed that Evangelion 3.0 + 1.0 sold a total of 4.84 million tickets. In its third week, the movie surpassed the national earnings of Evangelion: 3.0 You Can (Not) Redo, which earned a total of 5.3 billion yen.

Which Evangelion movie is the highest grossing?

The new Evangelion 3.0 + 1.0 movie Thrice Upon A Time is the highest grossing in the series nationally and internationally. He held the rank number 1 in its opening weekend and sold about $ 30.6 million in its first seven days screened in 466 theaters in Japan.

The staff had delayed the anime film from January 23 to March 8, after careful consideration due to the new state of emergency declared in four prefectures in Japan on January 8, and then it was extended to a total of 11 prefectures.

On the other hand, Monster Hunter de Milla Jovovich remains at number 3, Kimetsu no Yaiba: Mugen Train Koyoharu Gotouge at No. 4 (after more than 12 consecutive weeks in No. 1) and finally the anime film Precure it remains at number 9 at the box office.

The new movie of Hideaki Anno had an earlier delay due to concerns about the new disease of the Coronavirus COVID-19 and its spread within and outside of Japan. Evangelion 3.0 + 1.0 Thrice Upon A Time was originally scheduled to release in Japan on June 27, 2020. There is no date for its release in Latin America yet.