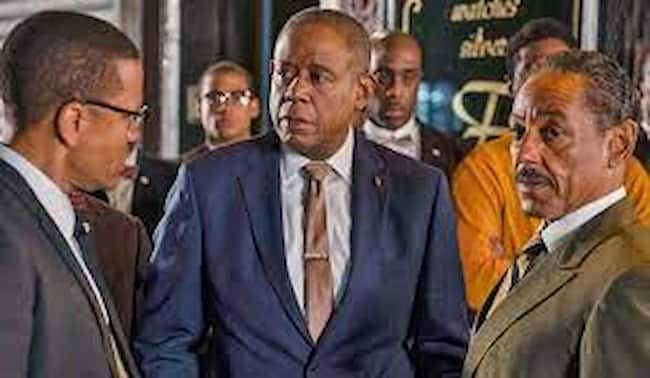 Godfather of Harlem is coming back with a brand new season 3, and it is official. Epix announced the renewal on Thursday.

The upcoming third season of Godfather of Harlem is said to have a total of ten thrilling episodes. The filming is reported to begin in New York by March 2022. As apparent it is, we are going to have Forest Whitaker with his crime boss character Bumpy Johnson.

Godfather Of Harlem For A Season 3 Renewed

In a statement, Whitaker explained his enthusiasm for the third season. He said that he is thrilled to be working with every faculty of the show. He is enthralled to be back with the cast and crew, and it shows. Godfather of Harlem has a very derivative group of fans, making the return more fascinating.

Season 3 will follow the storyline of Johnson’s effort of continuing to control Harlem. He will continue to stand against the CIA and the members of the Cuban Mafia. Now that Johnson is involved with the world of deadly crimes, he stakes the lives of important people along the way.

READ:  One Punch Man Why is the anime delaying season 3?

The third season will be a clash of the world of criminals and civil liberties. The Netherworld and the movements for people’s liberty will have a severe collision marking an event in the history books.

The notable point is that Epix hasn’t mentioned anything about the return of Giancarlo Esposito. Noting that Esposito has massive involvement in the plotline of the upcoming season, there is a fair chance we will see him again.

Godfather Of Harlem For A Season 3 cast

The storyline of Godfather of Harlem has a strong character of Esposito to portray. As one of the vital elements of the show, it is hard to believe his absence in the show and the plot overall. So, will the show bring back season 3 with suspense? We are yet to know despite the evident transitions.

The cast, undoubtedly, has a lot to do with the plot of the upcoming season. Alongside Forest Whitaker, we will also see Demi Singleton, Rafi Gavron, Lucy Fry, Nigél Thatch, Ilfenesh Hadera, and LaRay Harvey.

READ:  Where will we see Anthony Hopkins, Daniel Kaluuya, Frances McDormand and Youn Yuh-jung after winning the Oscar

We are expecting an announcement for the official cast by mid-2022 if the productions begin early. Noting that the characters will have individual storylines, it is hard to tell what we can expect in the crime drama.

Moreover, the third season of Godfather of Harlem has a long way to go before it can be officially released. Now, there are endless possibilities for the cast and storyline of the show.

Michael Wright, the president of Epix, said that the first season of the show was a hit due to its relevance. The Godfather of Harlem is a rare story involving civil liberties and criminal instincts side by side.

Fans resonate with the show as it continues to hold a deeper perspective of circumstances in every season. Given that the show is a crime drama, it makes sense that it will sit right with the audience. It will sit right because crime is relevant to the world.