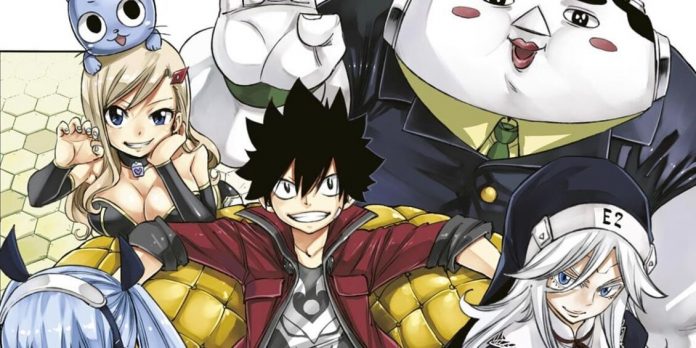 The awaited animated transposition of EDENS ZERO is close to publication and in these days Hiro Mashima, the author of the manga, has delighted us with some images waiting for the first episode.

The mangaka, known for being the birthplace of Fairy Tail, in 2018 he returned with EDENS ZERO. The work tells the adventures of Shiki Granbell who, in the company of Rebecca Bluegarden and Happy, begins an incredible journey into space exploring various planets.

The April 10 is the day when the animated series can finally be followed by Japanese fans and on the occasion of this for several days Mashima himself has begun to share some sketch representing the characters of their work. An example of this is the drawing dedicated to Shiki by EDENS ZERO.

Some particular illustrations, however, also present a countdown of the days missing until the episode is broadcast. They are reported at the bottom of this news in three different official Tweets and represent Rebecca, Weisz Steiner and EM Pino and finally Homura Kogetsu.

READ:  Angelina Jolie Has a "Twin Sister" Or She Is Almost Unidentical Like Two Drops of Water

What do you think of these designs? Are you also waiting for the release of the new anime? Please let us know by leaving us a comment.

Please also remember that this is not the first time Hiro Mashima publishes some sketches through his Twitter account, we can in fact remember for example Lucy in Tauros form in an illustration of Fairy Tail at the beginning of the year.