A few days before the release of the anime of Edens Zero, the author Hiro Mashima is back to share on social networks and with his community a nice sketch dedicated to the protagonist Shiki Granbell, who on April 10 will begin his journey alongside the inevitable Happy, icon of the works of Mashima and Rebecca Bluegarden.

Among the passionate readers of manga the story represented so far in the 136 chapters published has been a great success, and the series could grow further following the release of the animated transposition created by the JC Staff studio. To celebrate the debut of Edens Zero in Japan, scheduled for April 10, Mashima has shared on his official Twitter account the drawing that you can see in the post at the bottom.

Shiki Granbell appears determined to start his story, and as many of you already know, the first episode will be almost completely focused on him, on his childhood spent between technology and interest in space travel, on a planet entirely inhabited by Robots. The international rights of the series have been acquired by Netflix, although a launch window has not yet been precisely defined in Europe and Italy.

READ:  Vinland Saga and Thorfinn's Revenge at the center of an Adamasha cosplay

Recall that the official synopsis of the first episode of Edens Zero has been made public, and we leave you with the first opening and ending. 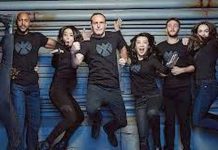