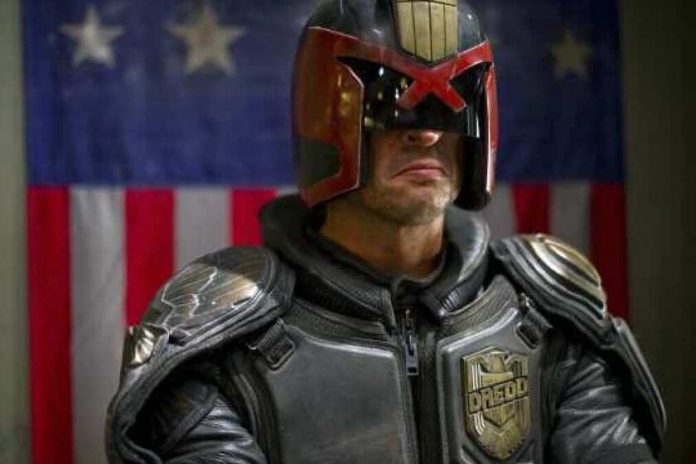 If I am caught off guard and asked to list my favorite movies from the last ten years, there is a good chance that one of the first titles I end up selecting is the fantastic 2012 ‘Dredd’; starring Karl Urban, written and produced by Alex Garland and Directed by … Pete Travis?

It is very likely that, if you are also devotees of this adaptation of the comics of ‘2000 AD’, you know theto – less and less – urban legend that places Alex Garland, and not Travis, as the head of the film in the shadow. In fact, Karl Urban himself stated in an interview that the director of ‘Ex Machina’ made his debut as a director with the adventure of Judge Dredd.

But, in case there weren’t enough clues to confirm the theory, this brutal soundtrack titled ‘DROKK’ has just reached my ears – in reference to the slang term used in Mega-City One-, composed by Geff Barrow and Ben Salisbury during the early stages of ‘Dredd’ production. A real delight for lovers of the purest synthesizers in which there are echoes of Carpenter, Fiedel and even Tangerine Dream, which you can listen to below.

To link this wonder with the “GarlandGate” we have only focus our gaze on the later works of Geff Barrow, which included the soundtracks for ‘Ex Machina’, ‘Annihilation’ and ‘Devs’; Alex Garland’s first three credits – and unique to date – as director. Chance? I do not think so. But regardless of who initialed ‘Dredd’, it is undoubtedly one of the most powerful sci-fi action exercises of recent years.