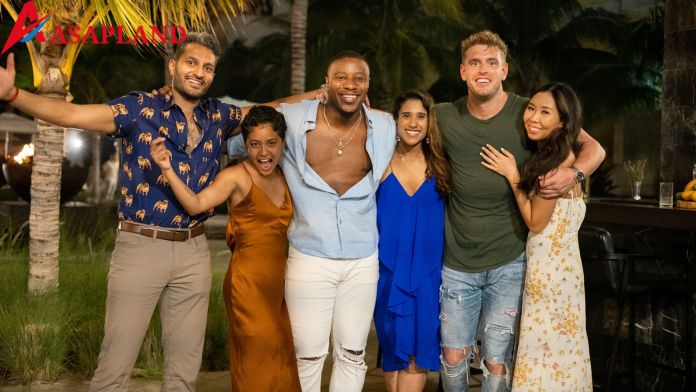 Love Is Blind Season 2 Is Near Its Finale:

Netflix’s most fascinating, exasperating, and sometimes inspiring reality dating show eventually came back this month for season 2 after a two-year hiatus due to the epidemic. Although the second season of Love Is Blind wasn’t quite as captivating as the first, which wowed viewers with the still-burgeoning love between Lauren Speed and Cameron Hamilton, it provided plenty of fodder for discussion.

Season 2 somehow got even wilder in Week 2 as all the pairs met their would-bes. However, nothing will go far unless they are willing to the knot with proper commitment. Each and every relationship formed in the show has had a fair share of problems. You could watch all of them getting hitched or all of them making like Julia Roberts and running away.

Unfortunately, many episodes are yet to be available for streaming at the same time, with the finale airing on February 25th, 2022. Hence we are not so sure which couples could possibly stay together and which break up. However, anchor Vanessa Lachey recently verified that the series would begin filming as early as April 2021. As a result, couples who met on the show may already be approaching their one-year anniversaries.

READ:  ‘Resident Evil’ Live-Action Series on Netflix: Everything We Know So Far

Fans have already expressed their displeasure with the second season contestant Abhishek who goes by the name Shake).’s strategy. Nonetheless, the 33-year-old veteran and prominent house DJ made a bond with Deepti, a 31-year-old data analyst, and the couple got engaged before meeting in Mexico. Shake, on the other hand, expressed reservations about commitment and expressed “apprehension” while talking about their first night together. Because the show is still running, we will come across the concluding moments. For the time being, Shake and Deepti are still following each other on Instagram, which is a good sign.

Shake did, however, upload Valentine’s Day photo with a whisper dog, which we’re not sure what to make of. ‘Love is Blind’ season 2 episode 10, also known as the season finale, is set to premiere on Netflix on February 25, 2022, at 12 a.m. PT or 3 a.m. ET, exactly one week later, after the fourth installments aired simultaneously on the platform. This season adheres to the renowned lunch layout of the first one, which means that the original run of all ten episodes is spread over three weeks.

Season 2’s final episode will start right where ‘Bachelor & Bachelorette Parties’ ended — in the midst of Danielle and Nick’s marriage. We are aware that Danielle said “I Do” as an immediate response, so we’ll watch if Nick felt the same way. In addition, the real reason for Deepti and Shake’s bond, and even Mallory and Sal’s, will be revealed at some point.