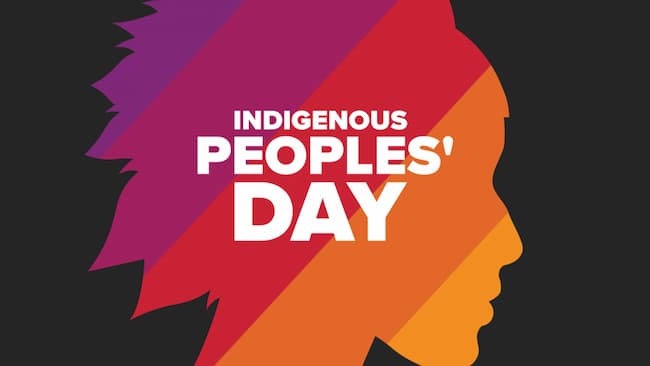 Columbus Day, also called Indigenous Peoples’ Day in some areas, is a holiday held on the second Monday in October. It honors explorer Christopher Columbus’s 1492 arrival in the Americas.

Columbus Day is only celebrated in the United States, Liberia, and the Philippines.

The holiday has drawn criticism from Native Americans who say that it downplays their history and culture. They also say that celebrating Columbus treats them as if they are part of a historical backdrop instead of living people.

After the original article ran, Columbus Day supporters contacted us about their views on Indigenous Peoples’ Day. We’ve included some of their comments below to provide more context for Native Americans who say that the holiday is offensive.

“So many have died in wars where our ancestors came in peace, then were murdered just for becoming friends with the natives. Our ancestors built bridges of friendship and trade that are still standing today, not one stick of them has fallen down yet.”

“The Native American culture is amazing, they planted wonderful food sources that we’ve picked up over the years and now use all the time. Some words, songs, and dances have been incorporated into our own culture to the point where we don’t even realize it. I love these people.”

“I think it’s a great day to celebrate the freedom of all men to travel this worldwide globe, with friends who made it their mission to discover new lands which in turn enriched the lives of everyone. If you don’t like it, move to Russia! Don’t expect the rest of us to be miserable because you are.”

“It’s a day to celebrate explorers and those who chose to discover new places instead of being content with what they already had. It is a great day for those who have been limited by their surroundings as opposed to those who strive to make the most out of what they have.”

“I celebrate this day because it shows how divided our society is. I celebrate Columbus for his determination and hope that, in the future, Native Americans will see him as a colonizer striving to find new land instead of someone trying to hurt them.”

“This country was founded by people celebrating their freedom to leave Europe and start a new life. I think it should be celebrated as a day of independence.”

“I celebrate Columbus Day because I can appreciate the spirit of adventure that he showed to turn his dreams into reality, which is part of what this country was founded on. People from all over came here and made our country what it is today. We all came from somewhere else.”

“Columbus Day should be celebrated to recognize that this country was built through the blood, sweat, and tears of foreigners who had nothing to lose by crossing an ocean in search of something better. The “land of opportunity!” It would be wrong, just wrong!”

“So tired of this politically correct environment. Our ancestors conquered the new world and took it over as settlers do. When I see the Native American culture in Hawaii (which I visit often), their culture is virtually gone. No one speaks their original language anymore; you can’t hear the drums at night; there are no more ceremonies or rituals; their achievements are all gone except what is preserved in museums or artwork.”

“Columbus Day should be celebrated by everyone to learn about how this country was built. It’s important to understand the history of our great nation so we don’t repeat it!”

“The people who were here before Columbus are not even Native Americans. They are Polynesians. I think they should have a day for their people in Hawaii and the other islands in the Pacific. They even look different.”

“Any culture that can’t feed itself really isn’t much of a “culture,” so why do we need to celebrate it?”

“I say, let the Native Americans have their own day. They aren’t real Americans.”

“I think they shouldn’t celebrate Columbus Day because he was a jerk to find land and then try to enslave the natives!”

“If you don’t like it, move back where you came from!”

“Ignoring Columbus Day is like ignoring the facts of who discovered America.”

“I can’t believe some people want to give credit for discovering America to an African. There isn’t anything “African-American” about celebrating him because he wasn’t American, nor was he black.”

“Columbus Day is a celebration of the fact that the Native Americans were very susceptible to disease and would even kill each other in wars. They didn’t deserve to be here before us!”

“A bunch of politically correct people wants everyone to share their guilt by celebrating a person who was an enemy of Native Americans.”

“I celebrate Columbus Day because I’m Italian, but most importantly, Columbus is part of American history.”

“I think celebrating both would be nice.”

“I celebrate Columbus Day because America was discovered by the Italians!”

“So tired of all these politically correct holidays! We have to change them every other day. I don’t believe in changing our traditions, so it’s good that we at least have one holiday that stands.”

“Yes, I celebrate Columbus Day because this country was built by immigrants looking to become Americans!”

“It’s time for this nation to give credit where it’s due, and be proud of that fact. We are all immigrants. None of us get our genealogy past five generations.”

“I celebrate Columbus Day because, without him, I never would have been born! He is part of my culture and his discovery brought me here to live in the greatest country on earth!”