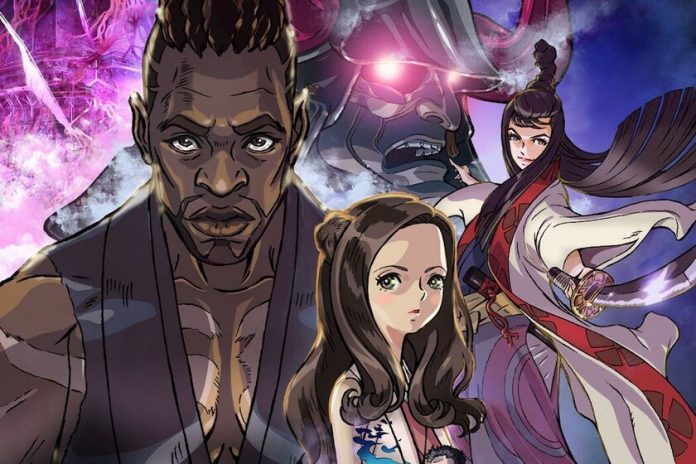 Anime lovers with a Netflix subscription – and even without it – it is very likely that this will interest you, because the streaming platform has just published the first trailer of its new animated series for adults. Its titled ‘Yasuke’ and it looks spectacular, a very interesting premise and a creative and artistic team behind her that invites you to salivate just by thinking about what can come our way.

‘Yasuke’, created by LeSean Thomas —’The Boondocks ‘,’ Black Dynamite’—, will propose us to immerse ourselves during six episodes in an alternate reality with fantastic components for tell the story of the first African samurai in history —It is believed to be of Mozambican origin—; who served the Oda clan during the second half of the 16th century.

The Oscar nominee for his work on ‘Judas and the Black Messiah’ LaKeith Sanfield will be in charge of lending his voice to the protagonist warrior in a production designed by the studio MAP -Responsible for the last season of ‘Attack on Titans’ – and that will feature the music producer Flying Lotus —Director of the insane ‘Kuso’- as responsible for the soundtrack and co-author of the story.

On the occasion of the show’s imminent premiere, the creator of ‘Yasuke’ has spoken to Entertainment Weekly, among other things, about his approach to anime and what it can offer to a new audience in the field.

“I consider the things that I usually do as entrance anime. They are projects that have a combination of ingredients that, normally, you would not get from the Japanese industry because of its history, regional differences and our cultural approaches. I am sure there will be people who will say something like, ‘Well, I’m not very anime, but man, she has LaKeith’, or ‘Wow! Flying Lotus!’. I want to check if that’s true. “”

Additionally, Thomas comments his perspective when it comes to addressing Yasuke’s story, which he discovered a decade ago through images in a children’s book, and which he became interested in thanks to the fact that “a Japanese artist made stories centered on samurai who were not only foreigners, but black”.

“I didn’t want to do what anyone else would have done, which would surely have been an outright biopic. I didn’t want to get caught up in the elements of the story, so to speak, and I wanted to add a touch of fantasy and romance to the whole, of a way very similar to the one that the Japanese approach their historical figures. “

Although, perhaps, the most important thing of all that is exposed by the director is the way in which your personal experience has been reflected in some way in that of the samurai protagonist. And it is that a direct connection, even if only tangential, always contributes an extra when it comes to offering a solid and passionate product.

“I’m a black man who moved to Japan to work with the Japanese making an anime about a black man who moved to Japan to live with the Japanese and become a warrior. It’s pretty cool. I don’t know if there are any other creators of An animation series that might say that, but I wouldn’t say it was an intensely personal experience. Made it more fun. I’m not Japanese. I’m not an expert on Japanese culture, but I know the craft of television animation and am able to navigate the waters between the west and Japan, and understand what makes them both exciting. “

If, like me, you can’t wait to get the hang of ‘Yasuke’, I have good news, because its premiere date on Netflix is ​​set to be April 29. I already count the hours to get it between my chest and back in one sitting.