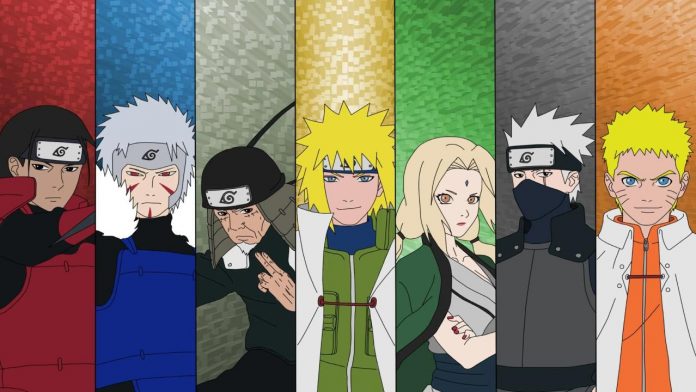 Every aspiring ninja of Konoha aspires, one day, to become Hokage, a title that in addition to leadership also brings prestige, respect and honor. This was the dream of little Naruto, who, placed on the edge of the village, wished only to be loved. And in Bortuo: Naruto Next Generations is the Hokage he has always dreamed of being.

Over the course of his adventure, Naruto has met virtually all of his own predecessors, learning something fundamental from each of them. But which of them was fundamental for its growth?

Although long dead, Hashirama and Tobirama Senju, Honorable First and Second Hokage respectively, were resurrected in the Great War against Madara Uchiha. From the two of them, Naruto learned what it really means love and sacrifice for the village.

Two other key figures were Lady Tsunade and Kakashi, Quinto and Sesto Hokage, who taught him to be loving and to fight like a real shinobi. Despite being in charge, Naruto still does not give up their advice.

The Fourth Hokage, Minato, is the Naruto’s father. Dead at his birth, the Yellow Leaf Flash has always lived inside his son’s body, helping him become a better person than he already was.

It is when we talk about the Third Hokage Hiruzen Sarutobi that the story changes for the protagonist. Hiruzen was in charge when little Naruto was hated by the rest of the village, when he was nothing but a little troublemaker. Despite that, he took care of it as if was his nephew. If he hadn’t been by his side, Naruto most likely wouldn’t have been the same hero we know today. And the Seventh Hokage himself is aware of this.

During Boruto episode 193, Naruto, speaking with Shikamaru, claims that the Third Hokage saved him in more ways than we can imagine. With Kawaki’s arrival in Konoha, Naruto is simply carrying on Hiruzen’s legacy and will Sarutobi, who was strongly convinced that every child of the Leaf was like his son. And now the Seventh Hokage is ready to transmit all the values ​​that have been given to him, such as love, compassion and empathy, to the Vessel of Kara.

READ:  The Reason Behind Break-Up of "Kylie Jenner" and "Travis Scott" is Revealed!! IS SHE DATING SOMEONE?

Here is a preview of Boruto episode 195. Great news for the anime, higher salaries for the animators and higher quality of Boruto.