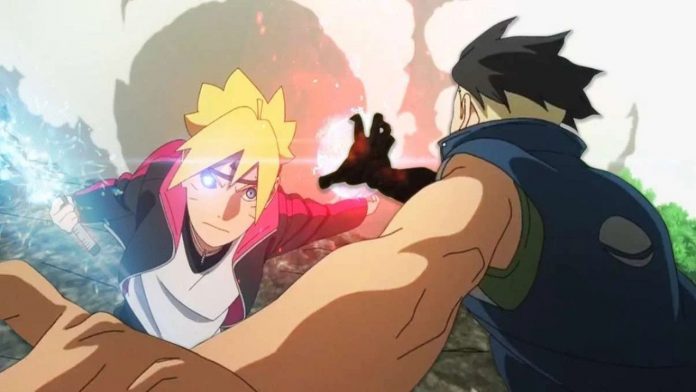 The anime of Boruto: Naruto Next Generations is entering a new narrative arc in which Kawaki’s story will be explored further, a saga that promises to faithfully adapt the pages of the manga. And episode 194 of the animated series keeps its word.

With the Kawaki: Clash with Kara arc, the Leaf Village welcomed the Recipient, who, having entered the good graces of the Seventh Hokage, who sees his youth in him, was welcomed into the Uzumaki house. There coexistence with Boruto, however, it is by no means easy; as we all know, the protagonist and Kawaki just can’t stand each other.

In the course of the episode, in fact, we see the two boys arguing over any nonsense, even about who should go to the bathroom first. Kicked out of the house by Naruto, the duo find themselves fighting again, a clash that activates the Karma as if by a resonance.

The animations of the episode, as you can see from the Tweet at the bottom, have reached a impressive quality level. Over the course of the series, Studio Pierrot has grown to a new pinnacle.

Furthermore, theadaptation to the paper version is almost identical, the scenes of the anime, in fact, perfectly replicate those of the manga. If the Vessel Arc had allowed itself some liberties, exploring Kawaki’s past for example, this new arc appears to be a carbon copy of the work now in Kishimoto’s hands. Episode 194, which adapts chapter 27 of Boruto, almost seems to bring the manga cartoons to the screen.

Here is the brutal way in which Kawaki received the Karma in Boruto. In the preview of the episode 195 of Boruto, Kawaki is compared to a vase.