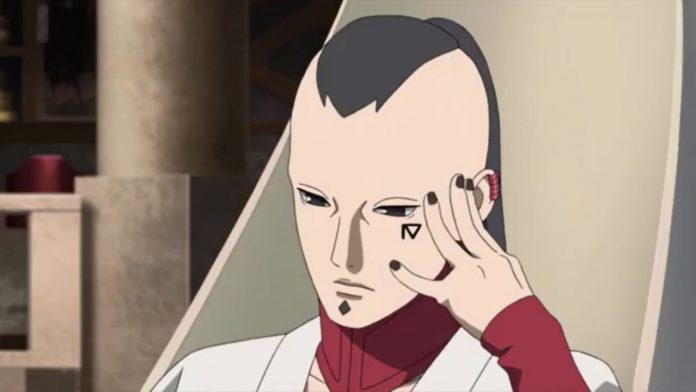 After being introduced to the Kara Organization and Kawaki in the Vessel Arc, viewers of the anime of Boruto: Naruto Next Generations finally they will be able to delve into their mysteries in a new saga. Known as “Kawaki: Clash With Kara”, this story arc will faithfully adapt the events of the manga.

This new saga will lead fans to discover the secrets of Karma, a seal imprinted on both Boruto and Kawaki, as well as setting in motion the terrifying plot of Jigen, the leader of the Kara Organization.

In episode 194 of the animated series, Kawaki momentarily puts aside his mutual grudge and opens up to Boruto, revealing to him how he got into possession of Karma. Since he was still a child, Jigen had prepared him as a potential Vessel, that is, a container in which to pour out his power and that of Karma.

During the episode, however, thanks to a flashback from Kawaki, we discover that he and Boruto are not the only ones to possess the powers of Karma: even Jigen himself is in possession of it. Just like Momoshiki Otsutuski did with Boruto, also Jigen transmitted Karma to Kawaki.

READ:  Boruto 192: that's why it is one of the best episodes of the series

In previous episodes Kawaki seemed to be terrified of returning to the Kara Organization. Apparently, the fear is not only due to the terrible experiments to which he was subjected, but also to the absurd power of which the leader of the criminal group Kawaki is capable.protective wing of the Seventh Hokage, the strongest shinobi in the world.

Here is which of its predecessors the current Boruto Hokage is inspired by. Let’s find out what will happen in Boruto episode 195.