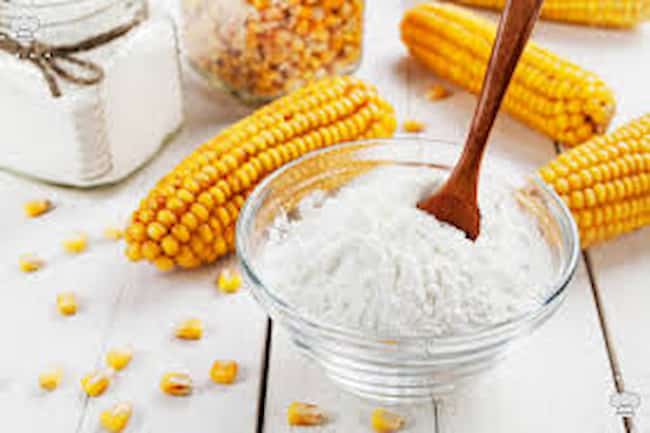 To thicken a sauce, it is often easiest to use cornstarch. It is an edible powder made from the endosperm of maize or corn in America, and in Europe, it’s made from wheat. The starch in the powder absorbs water when cooked with it, creating a thick liquid that can be used as a substitute for another thickener.

It is generally better to use alternatives to cornstarch if you are cooking for someone who has food sensitivities or allergies because most cornstarch brands are produced using GMO crops.

Most sensitive people are also allergic to gluten–another component of wheat–so we’ll avoid calling out suitable substitutes for that too! Instead, we’ve put together a list below of some safe alternatives to use when you need a thickener for pies, gravies, sauces, and stews.

An alternative that tends not to cause stomach upset in people with gluten intolerance is arrowroot powder. It’s made from the root of the tropical Arrowroot plant (Maranta arundinacea).

The starch comes in white or yellow-white fine powders containing about 25% starch. It has an advantage over cornstarch because it doesn’t lose its thickening properties after prolonged cooking as cornstarch does–it can keep your sauce thickened up perfectly even after half an hour on the stove!

The taste is also very neutral, so it won’t affect the flavor of your dish, which makes it perfect for marinades or delicate dishes like seafood. You can use arrowroot in most recipes where cornstarch is usually called for–it’s excellent as a thickener for pie fillings, stews, and sauces. See an example recipe using it HERE.

This is made from the dried starch of cassava root (Manihot esculenta), which is yet another kind of tuberous vegetable like yucca, taro, and konjac! When tapioca starch/cassava starch is cooked with hot water or another liquid, it creates a clear gel that sets when cooled, just like animal-based gelatin would do.

This makes it a popular ingredient in desserts! However, it does not have a good flavor on its own–it’s very bland, so it works best as a thickening agent with other ingredients like fruit purees or dairy products.

3. Potato Starch, containingrom potato starch, which contains between 22% and 28% amylose (a type of carbohydrate).

It has excellent thickening properties when mixed with water, milk, coconut milk, etc. Don’t try boiling it because the liquid will get cloudy and gooey! If possible, you should use an equivalent amount of potato starch instead of cornstarch. Be aware of this substicarbohydrate intake if you watcharbohydrates and your calorie intake. You can find it in most supermarkets, especially Asian supermarkets.

This is made from the same root as tapioca starch/cassava starch, but it is ground into a more delicate powder that dissolves more quickly–some brands are nearly 100% pure starch! So if you can’t find tapioca flour/starch near where you live, then try buying one of the alternative starches instead.

This substitute works best in recipes where the cornstarch/arrowroot powder is being used in conjunction with fruit or dairy–this will create a smoother texture for your dish. It contains 28% amylose, so it’s not quite as effective as cassava starch/tapioca starch or tapioca flour/starch, but it’s thavoiditute to use if you are avoiding gluten.

Chickpeas which are also called garbanzo beans and Bengal gram! This healthy grain is a good source of protein and dietary fiber and can be used in many different dishes–the key is to grind up the flour so that it has similar properties to cornstarch when mixed with water. It doesn’t work very well on its own, though, instead. Add some pureed vegetables like carrots or squash for a thicker result. See an example recipe using chickpea-based thickener HERE.

This is made by grinding quinoa grains (Chenopodium quinoa) into flour. Quinoa has two layers, the bran layer, and the germ.

It’s very nutritious with an excellent amino acid profile, but it does contain poisonous saponins to some animals like pigs! The most important thing to know about quinoa is that if you’re trying to avoid gluten, then don’t use this as a substitute because it contains “an anti-nutritional property called saponin that protects the grain against insects and other predators.” Just make sure your package of quinoa flour says “100% pure” or something similar on it before you buy.

Another fantastic plant-based substituternstarch/arrowroot powder reverses the recipes if you’re looking to thicken dairy like milk or cream (although some people report that it can be bitter when used in this way). Use an equivalent amount of flaxseed meal instead of arrowroot powder or cornstarch–it may look a little odd, but it thickens up nicely.

This is made from ground almonds and has slightly more flavor than other substitutes, so it’s best to use if you are using solid flavors in your dishes like chocolate or peanut butter. For every 1 tbsp of almond meal, add 3 tbsp water until you get the desired consistency. An example recipe using almond meal can be found HERE.

This is made from the seeds of the buckwheat plant, which are ground into the flour until they become light and airy. It’s slightly lower in calories than wheat flour. Still, it makes an excellent substitute for people who are allergic to gluten; since it contains no wheat, youu can issue this grain another grain that you can give into fine powder form, just like buckwheat flour. This whole-grain plant food gets its name from the Greek “amaranths,” meaning unfading because it has an extremely long shelf life–it never goes wrong, so you don’t have to keep it refrigerated or anything in your kitchen isn’t cool enough for this.

This is a starchy gluten-free flour that’s made from the cassava root plant, and it works just like arrowroot or tapioca starch/ficken up you this alternative because about this alternative is that, if you buy the whole dried roots, then they’re challenging to grind down so get them pre-ground instead!