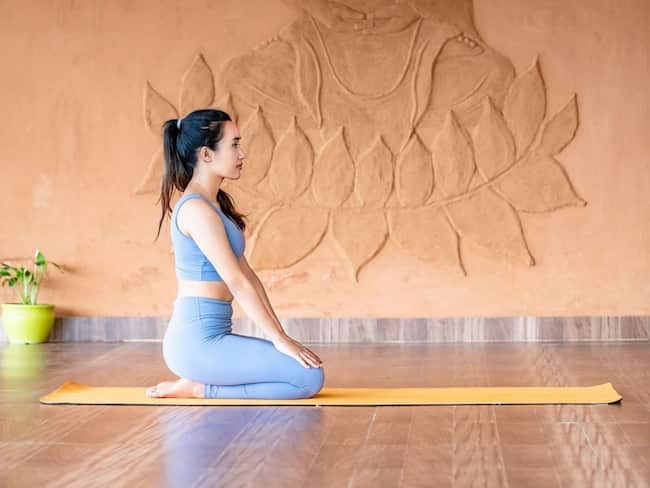 4.) The respiratory rate usually doubles or triples in kriya yoga, bringing more oxygen into the body. This may help prevent cancer by reducing the number of toxins in the body.

5.)By reducing stress, kriya yoga can enhance your immune system

7.) Regulates menstrual cycle in women; hence it is also suggested for infertility problems.

8.) Removes tension from the jaw muscles and improves the strength of your teeth.

9.) It increases the energy flow throughout the body and balances the glandular system, especially the thyroid and parathyroid glands, which control metabolism.

10.)The process of kriya yoga brings a state of restfulness and alertness, which is essential for health & happiness.

Benefits of Sudarshan kriya for students:

Sudarshan Kriya is an ancient breathing technique that Sri Ravi Shankar rediscovered and modernized at his Art of Living foundation. It helps you release stress, feel more refreshed and focused. More than 100 studies prove that this technique profoundly impacts your mind and body. Here are some ways in which Sudarshan kriya benefits students.

This technique can reduce cortisol levels that increase due to stress by 60%, lower blood sugar and insulin levels, reduce oxidative stress markers, and boosts immune function. For example, a study conducted on 65 students who suffer from anxiety had lower cortisol levels with just three days of practicing Sudarshan Kriya.

In a study, Sudarshan Kriya has helped cigarette smokers kick the habit by reducing cravings and withdrawal symptoms and boosting mood.

Another study tested Sudarshan Kriya’s effect on 96 college students who use alcohol and found that it significantly reduced their drinking behavior.

READ:  Symptoms of After Kidney Transplant

Depression affects parents as well as children when they settle abroad for studies. In a study, Sudarshan kriya was effective for Indian students who suffered from depression.

A study conducted on people aged between 65 and 70 years found that Sudarshan Kriya significantly increased working memory, information processing speed, and accuracy of recall, in addition to reducing depression and cortisol levels.

Sudarshan Kriya helps in improving your focus and concentration:

When you are stressed, your attention span decreases. But Sudarshan kriya has helped increase students’ attention span by increasing engagement and decreasing impulsivity in a study.

Sudarshan Kriya can help people suffering from autism because it improves language, communication, and social skills by regulating the right side of the brain. It also enhances creativity.

Sudarshan Kriya is also known for its weight loss benefits. It boosts the digestive system and helps in digestion, which results in less bloating and stomach discomfort. Other than that, it aims at reducing cravings because of the production of feel-good hormones.

READ:  How To Make Hair Soft as Silk

Sudarshan kriya benefits from reducing the risk of heart attack:

It keeps your immune system strong by regulating the production of white blood cells. It also keeps the digestive tract free from toxins, which creates an environment for producing antibodies to strengthen your immunity.

It is entirely safe to practice Sudarshan Kriya. There are no side effects of practicing this yogic breathing technique because it’s a simple, natural yogic breathing exercise.

Pranayama means yogic breathing techniques, which involve controlling your breath to gain control over your nervous system. There are many types of pranayamas such as Kapalbhati, Anuloma Viloma, Bhastrika, and Surya Bhedana.

Pranayama and Sudarshan kriya are often used together for achieving good health. Pranayama strengthens your respiratory system, which in turn improves your overall health condition. It also enhances neuromuscular coordination, reduces stress and strain of muscles, joints, and the spine, and calms the mind.

Benefits of Sudarshan kriya on the skin:

It reduces stress and tension by balancing the autonomic nervous system. This improves blood circulation and lymphatic drainage, which speeds up your body’s detoxification and makes your skin glow.

Sudarshan kriya on the reproductive system:

Yogic breathing techniques such as Sudarshan kriya increase the secretion of sex hormones and regulate blood flow to reproductive organs. This makes your reproductive system strong, which in turn boosts fertility and sexual vitality.

Regular practice of Sudarshan Kriya can help you lose weight by effectively burning calories. In addition, it increases the production of enzymes that break down fat cells. This helps get rid of toxins and wastes, which help in reducing weight.

Regular practice of Sudarshan Kriya can give you abundant energy by controlling your stress hormones. A study conducted on people between 30 and 60 years showed that the common practice of this yoga breathing technique could significantly reduce fatigue and increase energy levels.

It increases the supply of oxygen to all your body tissues. This helps repair damaged cells, improve immunity, and slow down aging by neutralizing harmful free radicals.

Sudarshan Kriya as a cure for asthma:

It helps in strengthening the respiratory muscles, which makes breathing easy. It also reduces the chances of getting bronchitis and other respiratory issues.

It helps maintain the right amount of calcium and phosphorous in your body, essential for strong bones. Second, it reduces muscle pain caused by osteoporosis by decreasing muscle tension.