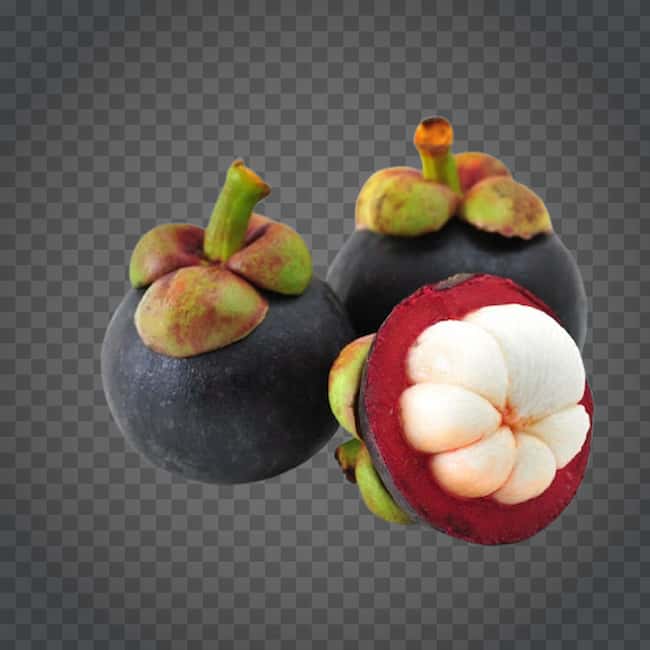 Mangosteen or mangosteen is a unique fruit of the genus Garcinia which is found primarily in Southeast Asia, including Indonesia. The name comes from the Malay word “Manggis” which means “honey drop”, probably due to its color. Mangosteen can also be named purple mangosteen or simply mangosteen.

Mangosteen has a hard, reddish-brown husk with pale streaks around the fruit segments inside. When the husk is opened there are white to light red aril (fleshy seed covering) with small black seeds in between. The composition of mangosteen per 100 g of edible part is water (77 g), energy (198 kJ/ 48 kcal), protein (0.7g), and fat (0.2 g).

The benefits of mangosteen fruit for health benefits have many, one of which is the content of phenolic compounds and antioxidants that can fight free radicals in the body and prevent damage to cells and cell membranes. With antioxidants that are available in mangosteen, the body is better able to fight cancer cells and also able to slow down the aging process.

Some studies have shown that the extract of mangosteen compounds can also inhibit cell growth in certain types of cancer cells, including human prostate cancer cells, human breast cancer cells, and lung carcinoma cells. The extract was also able to reduce the number of tumor colonies formed by these cancerous cells.

Mangosteen fruit is also good for weight loss. In one study, female rats fed a diet containing mangosteen extract did not gain weight compared to a control group that did not receive the extract provided. Rats who received the extract also showed a decrease in fat tissue accumulation and body fat.

Some studies show that mangosteen fruit extract can lower cholesterol levels and lipid peroxidation (breakdown of lipids into non-usable substances). Some experts believe that the extract can be used as a food supplement for people with cardiovascular and cerebrovascular diseases.

Mangosteen fruit also contains xanthones such as garcinol, mangostin, alpha-mangostin, gamma-mangostin, garcinia E, and Garcinone G. Xanthones can be used as an anti-inflammatory drug as well as a potential therapy for cancer.

In addition to mangosteen fruit, there are also some supplements that contain the extract of mangosteen leaves which contains important medicinal properties such as anti-inflammatory and anti-ulcer.

Mangosteen fruit is considered safe for consumption, but if you are taking certain medications such as blood thinners (e.g. warfarin), it is recommended to consult with a doctor first before consuming mangosteen because it can interfere with the drug’s activity and cause your body to not be able to clot blood.

Mangosteen fruit can be consumed raw, cooked, and processed into various food and beverages such as jams, juices, and ice cream.

The taste of mangosteen fruit is quite sour in the beginning but becomes sweeter when eaten. One cup of sliced fresh mangosteen contains 46 calories with 2 grams of dietary fiber and 91 mg vitamin C.

Mangosteen has been used as a traditional medicine in many Asian countries and is highly valued for its medicinal properties. Now, research reveals that the fruit could be effective against tumors and other cancers.

The mangosteen tree produces a small, round fruit that is red or purple on the outside and white inside. The fruit is widely consumed in tropical countries and the extract from its rind has been used for many years as a traditional medicine to fight inflammation, arthritis, infections, and other diseases. In recent times, scientists have begun research on the anti-cancer potential of mangosteen.

In a study published in “Phytotherapy Research” in 2012, researchers from Thailand and the United Kingdom analyzed mangosteen for cancer activity. They found that different fractions of the plant extract had anti-cancer effects in human leukemia cells and mammary tumor cells.

In another study published in “Cancer Letters” in 2014, researchers from the Malaysian Palm Oil Board demonstrated how antioxidants present in mangosteen extract could slow down tumor growth and prevent metastasis.

In a different study published in “Chemical and Pharmaceutical Bulletin” in 2012, Japanese researchers analyzed the constituents present in mangosteen extract and tested their cytotoxic effects against human hepatocellular carcinoma cells. They found that one of these extract constituents called alpha-mangostin has the highest cytotoxic effect against these cancer cells.

Other research has shown that mangosteen fruit extract may prevent cancer-causing gene mutations. This was revealed by a study published in “PLoS ONE” in 2012, which showed that mangosteen extract inhibits the expression of genes related to the metabolizing of retinoic acid. A retinoic acid is a form of vitamin A that regulates cell growth and differentiation and has been shown to be associated with cancer development.

The mangosteen fruit contains compounds that are rich in phytonutrients, which act as powerful antioxidants. Some of the common antioxidant compounds found in this plant include polyphenols and xanthones. These phytonutrients scavenge for harmful free radicals that damage the cells and tissues in the body. Free radicals are known to cause mutations that may lead to cancer.

Mangosteen fruit antioxidants can inhibit the synthesis and release of inflammatory prostaglandins and leukotrienes, which are substances known for promoting tumor angiogenesis (the formation of new blood vessels in tumors). Mangosteen extracts also contain anti-inflammatory xanthones such as garcinia E, which have been shown to prevent the metastasis of tumors in mice.

These compounds can also inhibit topoisomerase enzymes that help in the breakdown of DNA. This could lead to mutations by inhibiting these enzymes and preventing them from performing their function correctly.

Mangosteen fruit contains high concentrations of antioxidants such as xanthones and polyphenols that can help fight inflammation. According to research, some mangosteen compounds like gamma-mangostinone and garcinia E have anti-inflammatory effects on cells. This means they can help relieve the pain and swelling of arthritis and other inflammatory conditions.

Mangosteen fruit compounds may also help fight osteoporosis by inhibiting bone resorption, thus reducing the loss of calcium from bones. Research has shown that gamma-mangostinone can improve the amount of collagen present in bones, thereby slowing down bone resorption.

Mangosteen fruit is an excellent source of essential nutrients like Vitamins C, B (thiamine), A (as beta-carotene), and E, magnesium, calcium, iron, phosphorus, selenium copper, and zinc. These nutrients help boost immunity so you can fight off infections and diseases.

Mangosteen contains enzymes such as catalase, peroxidase, and lipases that can aid in the proper absorption of nutrients. The enzyme that breaks down food into simpler components is called amylase, which mangosteen fruit also has a decent amount of.

Mangosteen fruit is rich in nutrients that are essential for cardiovascular health, including Vitamins B6 and C, magnesium, calcium, iron, and zinc. These nutrients help reduce the risk of stroke by regulating blood pressure levels. Mangosteen also contains omega-3 fatty acids that can protect against stroke by preventing blood clots from forming.

Mangosteens contain gamma-mangosteens that have been shown to decrease inflammation and pain caused by arthritis. A study published in the “International Journal of Pharmaceutical Sciences Review and Research” in 2012 noted that mangosteen extracts could inhibit an enzyme called 12-lipoxygenase, thus relieving arthritis and osteoporosis.

Mangosteen contains compounds such as gamma-mangosteens that can help reduce inflammation, redness, and swelling associated with acne. A study published in “Evidence-Based Complementary and Alternative Medicine” in 2009 revealed that an extract of mangosteen pericarp helped reduce the number and severity of acne lesions.