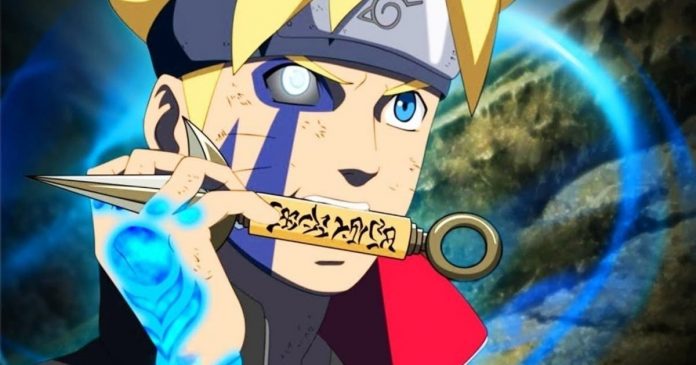 Boruto, the main character of the series that bears his name, It has been incredibly the annoyance of some and it is that like his father, Naruto, he has a personality that on many occasions is irritating and especially because they make the same basic mistakes.

Therefore, it is that in The Truth News We leave you the basic mistakes that Boruto continues to make no matter what time goes by.

And although it is true that in a certain sense errors or defects give the characters a weakness and even emotion to the series, the case of Boruto is that no matter how much time passes, he continues to commit them.

One of the mistakes that has most tired viewers is the fact that Boruto continues to blame his father, Naruto, for practically everything, in order not to have to take the blame for his own actions.

Boruto thinks he is the action hero of a movie and it can never be touched. He constantly swoops down on an enemy on his own rather than taking a moment to come up with an attack strategy.

There are times when it is difficult to see Boruto as Naruto’s son, as he always tries to take the easy path instead of trying. Unlike his father, he doesn’t want to waste hours of training when he could simply use ninja technology to help amplify his powers.

After the Year, he starts to walk away from this, taking it more seriously, but the mistakes keep coming when it’s time to fight someone. You will continue to opt for the easiest solution when possible.

Part of the reason Boruto is constantly running on his own is that he is arrogant and overly confident in his abilities. For much of the first half of the series, he did not stop praising himself, thinking that he could do it all by himself.

You have to get it into his head over and over again that he has to value his teammates, and even when he starts to understand it, he is still quite arrogant. That arrogance tends to get him into trouble in battle too.

Although their relationship remains loving and the two tend to get along, Boruto seems to constantly make the mistake of teasing his sister. The first time it happened was when he broke Himawari’s toy, causing her to activate the Byakugan and knock her father unconscious.

Even when his intentions are good, he tends to screw up, like when he promised to make his father see reason after he failed to show up for his birthday.

Although he would never admit it, part of the reason he cheats so often is that he doesn’t handle defeat well. It is shown at the beginning of the series when Hanabi shows that Boruto did not awaken the Byakugan as he believed.

He instantly became solemn and dejected afterward, hating not being the hero he believed himself to be. The same thing happened after Deepa defeated Team 7 during their first encounter, showing how far they had to go to defeat Kara.

Even more so than his father, Boruto has a bad penchant for setting a huge goal on himself. Sometimes he does it to protect his friends, which is admirable, but other times he does it completely unnecessarily.

Patience is a virtue that Boruto does not have in abundance. Qwant things to be done immediately and you are not always willing to wait for the results. It’s part of the reason why he wore the Kote and why he rushes into battle all the time.

When Kara became a known entity, and learned of her connection to her Kama, the first thing she wanted to do was run after them. It took Sasuke to explain why he should be willing to wait until more was discovered.

When he was younger, his only goal in life was to surpass his father, proving that he was stronger than Naruto. Once that was over, he constantly compared himself to his mentors, lamenting how much stronger they were.

Even after Deepa defeated him, he constantly felt the need to compare himself. Boruto spends so much time comparing himself to others that he doesn’t stop to see how talented he is.

Boruto has a bad habit of dealing with absolutes when it comes to anything. He hated his father because he refused to see things from his perspective, and that’s just the tip of the iceberg.

After being reprimanded for using Kote, Boruto began to understand why hard work was so important. Rather than just embracing that, he also had to earn his hatred of ninja tools of science as a result. There is rarely a middle ground with it, it all falls on one end of the spectrum.