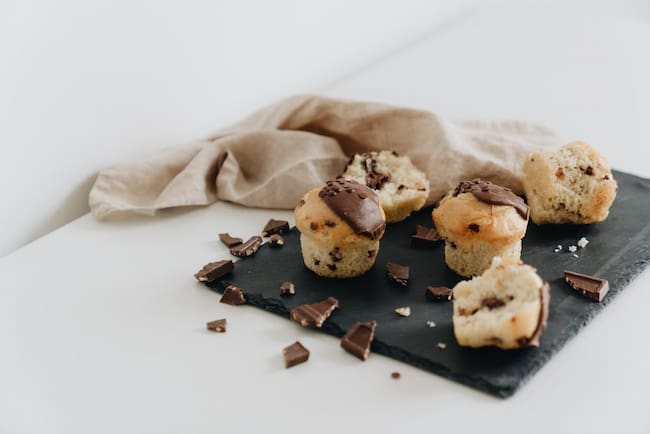 Sugar substitutes, or artificial sweeteners, give the food the sweetness without adding calories. They also help with weight loss by reducing calorie intake. Studies show these sweeteners can be helpful when used in place of sugar for weight control and diabetes management. But some health experts worry you may consume more sweets later to make up for reduced calories from artificial sweeteners.

Aspartame (Equal, NutraSweet) is a zero-calorie sweetener made from two amino acids – phenylalanine and aspartic acid. Aspartame does not add any carbohydrates to your diet and does not affect blood glucose levels. It’s heat stable so that it can be used in baked goods.

It also contains phenylalanine, so people with phenylketonuria need to avoid it. Aspartame is 180-200 times sweeter than sugar, so only a tiny amount is required. It’s available as tabletop sweetener packets or granular crystals and has an aftertaste, especially when heated by cooking or baking, which may affect how much you like it.

What are artificial sweeteners made of:

Many are hundreds – even thousands of times sweeter than sugar, so only minuscule amounts are needed for their effects.

They are usually marketed as “diet,” “no-calorie,” or “zero calories” sweeteners.

Some common ones are:

Aspartame, Acesulfame K, Saccharin, Sucralose, and Stevia. Artificial sweeteners contribute zero nutritional value to the diet and have detrimental effects on our gut biome. Read more about them in my book – Sweet Deception. Research has found artificial sweeteners may make you crave carbohydrates and promote weight gain! Despite this, these chemicals are added to thousands of food items and common beverages, including children’s cereals, drinks, gum, candy, desserts, and much more.

artificial sweeteners have been linked to a vast array of health problems.

Some common issues associated with them include:

Bladder and kidney problems reduced the ability of your body to absorb essential minerals such as calcium, copper, iron & magnesium

Many thousands of published medical research papers have produced more than 900 official government warnings on the health hazards associated with artificial sweeteners. Many books are written by the scientists involved in the research, like “Sweet Deception” and hundreds of books on Amazon about artificial sweeteners.

Are artificial sweeteners better than sugar:

No, doctors advise people to avoid both. Part of the problem is that many don’t realize how much sugar they consume. A can of soda has about ten teaspoons of sugar in it, so if you drink just one per day, after only one month, you would have consumed 30 teaspoons or 150 grams of sugar! Over time, this adds up and contributes to unbalanced blood sugars, increasing your risk of heart disease. It also feeds yeast (candida) overgrowth causing yeast infections like thrush.

Effects of artificial sweeteners on the body:

Dr. Russell L Blaylock, a retired neurosurgeon and author of Health and Nutrition Secrets That Can Save Your Life warns that both sugar AND artificial sweeteners can wreak havoc on your body: “The mechanism for destruction is quite simple.

Sugar and aspartame (artificial sweeteners) in the bloodstream cause insulin production to spike. This rapid rise of insulin forces most B vitamins out of the cells and magnesium, zinc, and chromium…These deficiencies make you unable to deal with other toxins entering your body through your mouths, such as chemical food additives, pollution, pesticides like Round-Up, and genetically modified foods. These also create an acidic condition in your body, leading to many illnesses.”

Artificial Sweeteners are Toxic to your Body

Dr. Blaylock believes artificial sweeteners are toxic to your body, “Any molecule with a sweetness value of over 200 times that of sugar is considered toxic by the FDA and should not be ingested. This includes aspartame which is around 200 times sweeter than sugar.”

Artificial sweeteners other side effects:

A recent study has detected an alarmingly high correlation between ASD (Autism Spectrum Disorders) and children’s exposure to artificial colors. Anaphylactic shock can also occur when food containing dyes or coloring agents is consumed. I recommend avoiding them altogether – especially for kids! HFCS (High fructose corn syrup) has been identified as one of the worst ingredients in America. It is associated with obesity, diabetes, hypertension, chronic fatigue syndrome, and many other health problems.

Most consumers are not aware that HFCS can be found in over 90% of the foods on your supermarket shelves. It is added to beverages, baked goods, cereals, lunch meats, yogurts, soups, and candies.

The food industry uses it instead of sugar because it’s cheaper to produce – unfortunately, this is at the cost of our health! Unfortunately, due to intense lobbying by the corn refining industry, HFCS does not have to be labeled as an ingredient, so you’ll never see it listed. Another similar sweetener high in fructose levels that must be avoided is Agave syrup or Agave nectar.

One of the reasons that sugar and artificial sweetener products have been popularized is because they are considered “non-addictive.” This has been entirely debunked by Dr. Blaylock, who states: “Actually, there’s a solid element of addiction with all these substances.”

It depends on the individual, but some people experience withdrawal symptoms without psychiatric problems. If you’ve ever gone through a period where you’ve stopped eating something cold turkey, you may have experienced headaches, fatigue, and mood swings.