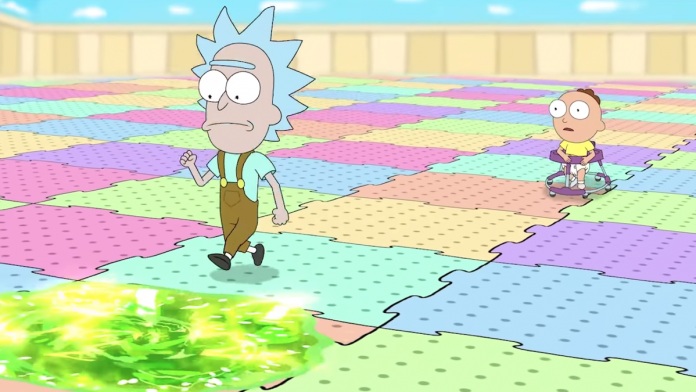 Adult Swim kicked off the antics of this year’s April Fools by giving us a look at Rick and Morty Babies, a children’s version of the network’s sci-fi animated comedy.

Rick and Morty Babies played hide and seek in the timelines from twitter from the public this April 1, also known as April Fools’ Day in many countries. The fact is that the “Adult Swim Junior” initiative was launched with an episode of Rick and Morty with a childish voice and the size of a beer. Adult Swim shared the opening credits for the episode, referencing several other children’s cartoons, in anticipation of the junior edition of Total Rickall, the fourth episode of the second season.

Welcome to a multiverse for every age! #adultswimjr @adultswim pic.twitter.com/AvC0M1xkxw

However, there is no need for anyone to throw their toys out of the stroller for this prank; Adult Swim is widely known for participating in the April Fool every year. Past celebrations included things like the surprise release of the long-awaited first episode of Rick and Morty season three, as well as an anarchic reimagining of the show from Australian animator Michael Cusack.

However, if you’re looking for a return to regular programming, reserve a spot on the couch for the first episode of Rick and Morty from Season 5, which is scheduled to debut on June 20, also known as Rick’s Day. and Morty, a day of celebration for the show that will offer behind-the-scenes footage, anticipations for the rest of the season, and “special surprises” on television platforms, digital media, and social networks.